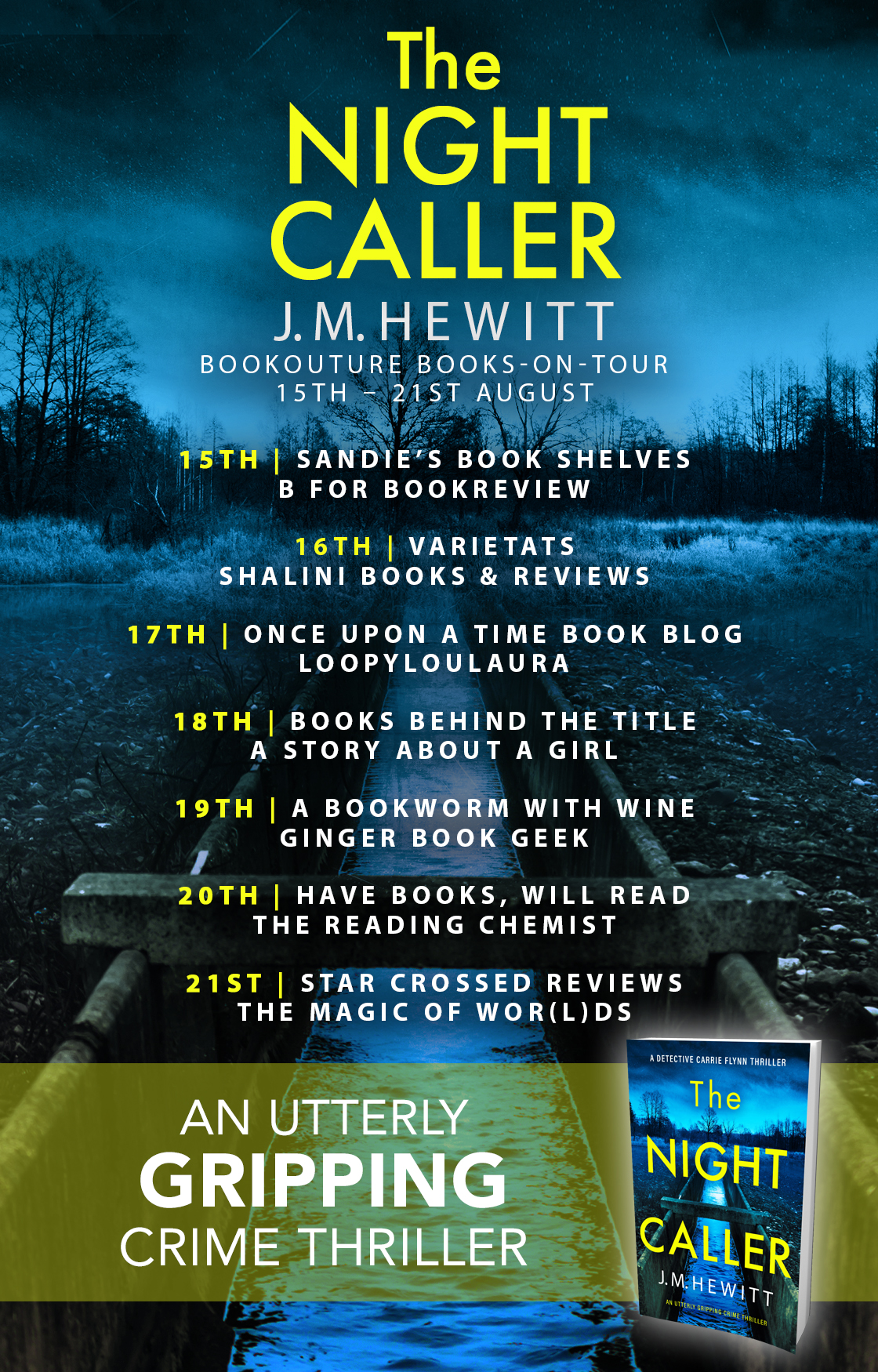 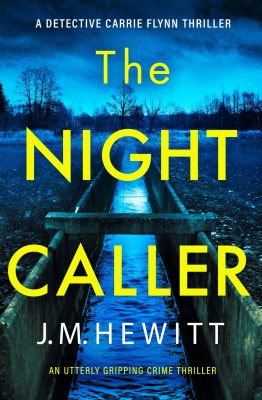 
I step out of my hiding place, now comes the thrill. My hand goes around his neck as I pull him close. He struggles, and his shoes skid across the walkway. Then I push. The splash resonates around the silent canal, but he never makes a sound.

There isn’t a serial killer stalking the canals of Detective Sergeant Carrie Flynn’s home town of Manchester. That’s what the police tell the local community, but Carrie knows that just isn’t true. Six years, a dozen victims… Carrie spends every night alone in her flat, going back over the hundreds of files, looking for the missing clue.

Now, another person has vanished, only this time the police haven’t found a body. Carrie knows all too well what it feels like to have someone you love disappear without a trace. Her sister has been missing for twenty years, and Carrie will never stop searching for her.

The victim’s relatives are distraught, and Carrie has no answers to give them. But why does the mother not want to answer questions? Who is the mysterious girl next door? What secrets are this family hiding?

Then Carrie finally gets a breakthrough; years ago, she caught a glimpse of the killer, and the distinctive tattoo on his arm. When she finds a picture of this tattoo, she knows she’s close at last. Carrie wasn’t there when her sister needed her most, but she will spend the rest of her life making sure no more twisted souls walk free.

Can she finally solve the case that has cast a long shadow over her career and will the demons in her own past help her to catch this deadly killer?

I slide my feet back and forth along the concrete walkway. Testing the grip, as the paths are slippery with rain and frost. To fall would be bad news. To lose my balance could mean to lose my life and that can’t happen. I’ve got too much to do.

Here he comes. I slip into the shadow of the doorways, silent, moving like a whisper. He appears as a silhouette, barely there, clothes black on black, hands encased in black gloves with too much space between the fingers on his right hand, the leather carefully stitched to conceal the stump. He is a dangerous nothing. Just like me.

There is a homeless man yards away. Another shapeless, drifting thing, concealed in a blanket which has more holes than material. In the darkness, I see the whites of his eyes, gleaming, glittering, as though he knows what I am about to do. Blink; he has vanished. I wait, watch carefully; he is still there. He has simply closed his eyes.

He will not watch, but also he will not intervene. I nod, as though he can still see me and turn back to my quarry.

He is close now, feet away. I step out of my hiding place, walk slowly but with intent down to the water. Now comes the thrill. I can’t see him, he is behind me. This is the man known as The Pusher, the one that has created havoc in my home town. The one who kills indiscriminately, whoever and wherever among the sprawling network of canals takes his fancy that night. The one that the people know is out there but who the authorities will not admit exists.

As I approach the water, one sense is gone; my sight. I listen keenly, tilt my head back as though I can smell his approach. A slight change in the air, a minuscule swishing noise. Sudden hot breath on the back of my neck. Instinct screams at me to turn, to face him, to deal with him, but I force myself to wait.

Fragments of a second pass and I spin, see the face half-hidden beneath scarf and hat. At my sudden movement, he jerks to the side. I caught him unaware. He is wrong-footed; I am poise, grace and balance. And I am strength. I hook my arms sideways, one round his ribs, gripping so tightly I can feel the points of his bones. My other hand goes around his neck. A pull, his shoes skidding across the walkway which is slick with moss. The pull turns to a push, his fingers grasping air. I step back so he cannot take me with him.

The splash resonates around the silent canal but he never makes a sound.

I wait until he has vanished before retreating back to my place in the shadows. The homeless man is still there, eyes big, staring now. I tip him a nod. He closes his eyes again.

The Pusher is gone.

There’s a new one in his place. Me.

Save Her Soul (Detective Josie Quinn, #9) by Lisa Regan