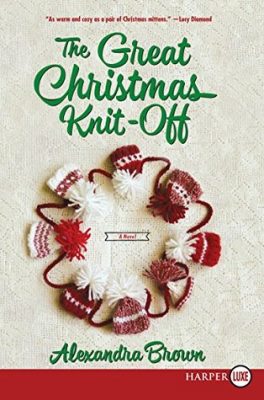 
In the tradition of Trisha Ashley and Jenny Colgan, this first book in a new series by Alexandra Brown—author of the popular Cupcakes at Carrington’s series—tells the hilarious, heartwarming story of a jilted bride who anticipates a lonely Christmas but instead finds herself in the tiny village of Tindledale, where the residents share her obsession with knitting. When life unravels, it’s time to knit… Sybil has always taken comfort in her passion for knitting, creating beautiful knits stitch by stitch. But her world suddenly unravels when her fiancé ditches her for her identical twin sister at her Star Wars-themed wedding, leaving her sporting a Princess Leia do. Then things go from bad to worse when an incident at work jeopardizes her job. Hoping to escape her woes and forget that she’ll be alone for Christmas this year, she visits her friend in Tindledale—a winter wonderland of quaint shops and snowy rooftops. When she arrives in the idyllic town, she can’t help feeling like she’s in a Hallmark greeting card. She’s embraced by welcoming—if eccentric—locals wearing handmade knits that remind Sybil of her own creations as well as her unrealized ambitions of selling them. So when the vintage boutique asks her to make an assortment of knits for their display window, she’s thrilled. The hot town doctor has even taken an interest in Sybil, hoping to heal her broken heart. But just when Sybil thinks she’s going to have her fairytale Christmas after all, an unexpected turn of events threatens to unspool her happily ever after. 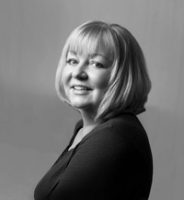 Alexandra grew up in Brighton and left school at sixteen to run away to London with dreams of being a writer. On realising that she needed a proper job too, she went to work in an office.

Throughout her twenty-year corporate career, she survived many dull meetings by writing a scene or two, until she could bear it no longer and collapsed in a heap and begged her husband to support her while she lounged on a chaise and waited for the muse to arrive. He’s now living in hope that she’ll become rich and famous so he can retire to sun himself by an infinity pool somewhere exotic.

After escaping office life, Alexandra won a competition run by The London Paper to write the weekly City Girl column, an expose of working life in the City of London. She wrote the column for two years before giving it up to concentrate on her first novel.

Blog Tour Review: In Between Seasons
August and September 2014 Wrap Up