Love can take some time to break in…

Teagan OBrien, heiress to the Riley OBrien & Co. denim empire, is anything but a spoiled rich girl. Shes worked hard to secure her place in the family business and can hold her own, in and out of the office. Only one man has ever been able to get under her skinsexy football star Nick Priest. Years ago they crossed the line from friends to lovers, but he left her heartbroken. Since then, shes been determined to keep him at arms lengthno matter how tempting he looks in his jeans…

Nick has fortune, fame, and looks that make most women hot and bothered. But he doesn’t have the woman he really wants. He knows he screwed up when he walked away from Teagan, and now that he has a second chance, hell do whatever it takes to win her overno matter how tongue-tied he gets…

Jenna Sutton spent most of her career as an
award-winning journalist covering business-related topics including healthcare,
commercial real estate, retail, and technology. Nowadays she writes about hot,
lovable guys and the smart, sexy women who make them crazy. Its the
culmination of a lifelong dream, and she feels so lucky to be able to do it.
Jenna has a Bachelors degree in Journalism from Texas Christian
University and a Masters degree in Integrated Marketing Communications from
Northwestern University.
Jenna and her husband live in a 103-year-old house in Texas.
Website | Facebook | Twitter | GoodReads 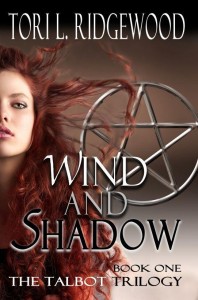