Happy Friday!!!!!! Today I am joined by the  wonderful Jules Wake to talk about writing her fourth book.

Escape to the Riviera is the fourth book you’ve had published. Do you find writing a book has become easier?

In some ways yes in others no.  I still find it hard work and set myself very strict daily writing goals. I’m brilliant at procrastination and there are times where writing just seems like damned hard work and I’ll do anything than plonk myself in front of my laptop. Thankfully there are others where the story just unfolds and pours out.

I have changed my approach to writing since I first started.  Most writers fall into one of two camps, plotters or pantsers, people who plot in great detail working out exactly what is going to happen in the book or those who fly by the seat of their pants and dive in with a loose idea of where they’re going to finish.  There’s no right or wrong way and I’d say I’m somewhere in the middle of the two.

When I first started writing before I had any idea what I was doing, I was definitely a pantser.

I’d start writing with a rough idea of where I wanted to end up, but a couple of books in, I realised that I quite often wasted a huge amount of time writing myself down blind alleys, wonderful chapters which had absolutely nothing to do with the plot or moving the narrative along.  It’s heart-breaking when you have to ditch a couple of thousand words which you’ve lovingly put together.   I’d also find myself with a big messy jigsaw by the time I wrote the end, that would take several edits to glue back together.

I’m now working on my ninth book, and I’ve definitely learned the value of planning.  Also now that I have an agent and a publisher, they tend to want to see a detailed synopsis of the next book.

So I do plot but it’s not a terribly sophisticated process or are as detailed as some.  I work out the basic story in my head and make lots of notes and then I draw a story arc on a whiteboard in my study where I plot the key conflict points, the rug pulling moment, timelines, and character arcs.

That gives me the confidence to get started and know where I’m going, however if a good idea pops up in my idea, which usually happens in the middle of the night or when I’m doing the ironing, I will weave it into the story.  Now that I’m a bit more experienced, I find it easier to think about the structure and the shape of the story and whether something will fit.

When I first started writing, I would write several drafts, each time adding an additional layer and coming back to revisit various aspects like dialogue and character development.  Now as I’m writing, the technical side of things comes much more naturally, I’m much clearer about what I want a scene to do in terms of developing the character, what I want it do to show the character, how I use dialogue to heighten the tension. Now I’m able to write one fairly clean draft which my agent sees and gives me feedback and then it goes to my editor and they give feedback.

Location is especially important in my book. For Escape to the Riviera, I created a collage of images of the area I was writing about, to bring back the memories of my last visit there. It also helps being when you’re writing in the dead of winter trying to conjure up that feeling of sun on your skin.

Carrie Hayes is ready for the summer of a lifetime . .
Quiet and unassuming Carrie Hayes has a nice, steady life with long-term boyfriend Alan. But she’s been keeping a secret hidden for years. A whirlwind marriage to Hollywood superstar Richard Maddox when they were young and foolish and life was full of endless possibilities. Although no longer together when Richard went to fulfil his acting ambitions in America, they’ve never quite got a divorce.
And now a chance meeting in the paradise of the glamorous French Riviera is about to change Carrie’s summer, and entire life, for ever . . .
For fans of Lucy Diamond, Jane Costello and Jill Mansell, lose yourself in this summer’s perfect holiday read . . . 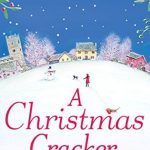 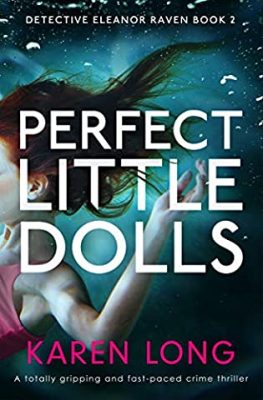