Today we have a Christmas post that is a little different. I am excited to be joined by Catherine to talk about the Christmas’ of years gone by.

If the thought of your Tesco Christmas shopping order is already making you quake, spare a thought for the cooks charged with keeping King John’s court happy in 1213 – the above order is just one of many recorded in his household accounts for additional supplies over the festive period. And if the thought of trying to squeeze into your new LBD for New Year after all the over-indulgence  is making you look with more favour on silky pyjamas as outerwear (walk away, people will laugh) the Bishop of Hereford’s menu from 1289 will make your eyes water. His 41 guests were treated to 3 meals over the course of the day and consumed nearly 3 ‘carcasses’ of beef, 2 calves, 4 does, 4 pigs, 60 fowls, 8 partridges, 2 geese,  40 gallons of red wine, 4 gallons of white, beer, bread, cheese and an unrecorded amount of desserts. I’ll just have one more Quality Street suddenly starts to sound a little more reasonable after all…

The medieval Christmas had food at its centre, just as ours does, and the feasting we associate with it (at least in wealthier households) ran for 12 days, from 25th December to the Feast of the Epiphany on 6th January. Although this sounds incredibly indulgent, it is worth remembering that the previous month (Advent) was for fasting rather than a daily chocolate and the Christmas celebrations took place at the hardest time of the year when fresh food (and light) was at its scarcest. Poorer households would swap pottage for a pie made from the ‘umbles’ of an animal, the intestines and eyes and other less-favoured bits – the origin of our saying ‘eating humble pie’.  If you were lucky enough to live in a wealthy household, roast goose or apple-stuffed boar’s head was the meat of choice or, in a royal house, swan or peacock. Whatever was served would have been reconstructed to make it look like it did in life – feathers were replaced or fish were presented ‘swimming’ in aspic – and deserts, crafted from the sweet almond pane known as marchpane, were elaborate gilded creations which would test any star baker! Mince pies did appear on the festive table, although we might struggle to recognise them: they were rectangular rather than round, to mimic the shape of the nativity crib, and contained meat (fruit was a Victorian addition) spiced with cinnamon, nutmeg and cloves – the three spices representing the gifts from the Three Wise Men. And you were expected to eat no more than one a day – not a rule that has ever applied in my house…

Although much of what we associate with Christmas today stems from the Victorian era, there are still echoes running through our current traditions from those first celebrations, which themselves built on old pagan festivals such as Saturnalia. The word Christmas (from the Old English Christes Maesse) first appears in the 11th century and the Christian date of 25th December was fixed by around 1066 when William the Conqueror chose it for his coronation day – a piece of political symbolism even Donald Trump would struggle to pull off! Houses would be decorated with greenery, usually ivy and holly, and trees decorated with apples, although these were not brought inside. Carollers went from door-to-door, although there was, again, a significant difference: because early ‘carolling’ involved dancing, the medieval church banned it inside religious buildings, hence the move to the streets. Gift-giving was important, although this was usually done on New Year’s Day among the wealthy and on Boxing Day for servants or the poor who would be given money and/or a moral message inside a small clay pot known as a piggie. These had to be smashed to get at the contents – the origin of our modern piggy bank.

Not all medieval traditions remain. Christmas Eve is no longer thought of as a time when animals can take on human characteristics, a superstition hanging over from the nativity story. We no longer invert the social hierarchy and appoint a boy bishop or a Lord of Misrule on 28th December (I am avoiding all political comment here) or encourage priests to wear masks, sing rude songs and eat sausages on the altar on January 1st, the Feast of Fools – I couldn’t possibly comment. We also don’t insist on a 12 day truce across all conflicts, which might perhaps be a custom worth rediscovering.

What we do share with our ancestors is a recognition that we all need times when we come together to celebrate the lighter moments in life and, hopefully, an awareness that all celebrations are a mix of old things and new and evolve all the better for the bits they borrow. We all have our family traditions – in our house on Christmas Eve we eat paella covered in red and green glitter and it makes sense to us. However you choose to do it, here’s hoping you have a very happy Christmas.

A novel of Margaret of Anjou and her pivotal role in the Wars of the Roses.
1460:The English Crown – a bloodied, restless prize.The one contender strong enough to hold it? A woman. Margaret of Anjou: a French Queen in a hostile country, born to rule but refused the right, shackled to a King lost in a shadow-land.When a craving for power becomes a crusade, when two rival dynasties rip the country apart in their desire to rule it and thrones are the spoils of a battlefield, the stakes can only rise. And if the highest stake you have is your son? You play it.

Catherine is a Glasgow-based author whose fascination with the medieval period began during a History degree which included studies into witchcraft, women and the role of political propaganda. This sparked an interest in hidden female voices resulting in her debut novel, Blood and Roses which brings a new perspective to the story of Margaret of Anjou (1430-1482, wife of Henry VI) and her pivotal role in the Wars of the Roses. Catherine also writes short stories – she was a finalist in the Scottish Arts Club 2015 Short Story Competition and has been published by iScot magazine – and blogs monthly for The History Girls. She is represented by Tina Betts of the Andrew Mann Literary Agency. 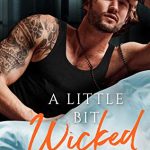