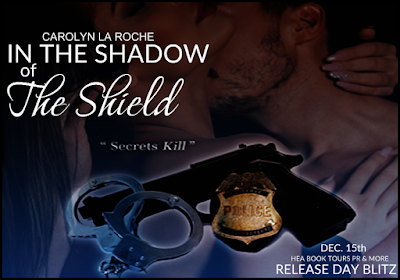 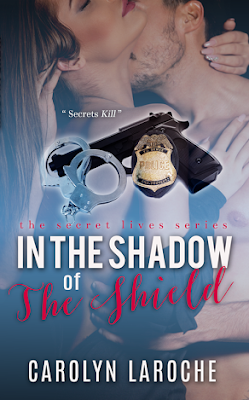 In the Shadow of the Shield by Carolyn La Roche
The Secrets Lives Series #2
Genre: Contemporary Romance | Mystery
Release Date 12/15/15
Publisher: Limitless Publishing
– SYNOPSIS –
When a police officer falls, justice must be served.
Donnie Massey was an honest, skilled police officer. That’s probably what got him killed. When his wife Diana watches him die in front of her, the worst part is going to be telling their son, Jackson.
After a year of mourning, Diana decides it’s time to move on with their lives. The first step to getting closure is to visit Donnie’s grave. But when she gets there, she’s not alone…
Good cops are rare. Carter Ryan is one of them.
Mentored by Donnie, Carter is at the grave when his widow shows up. It may not be the best timing, but he needs her help. Carter admits the fallen shield may not have died in the line of duty, but was likely murdered while involved in a secret investigation with deep criminal ties. Diana agrees to aid in unveiling the truth. Donnie deserves that much.
The definition of insanity…
As the two work side by side, a new and delicate romance begins to bloom. But would falling for another cop be the worst mistake of Diana’s life, or the best decision she’s ever made? When the investigation leads them to an underground meth ring, their mission goes from risky to down right perilous.
After a brush with death hits too close to home, will Diana risk loving another cop? Or will their chance at happiness be forever buried in the shadow of the shield?
– PURCHASE –
KINDLE: http://amzn.to/1NgXayN
PAPERBACK: http://amzn.to/1NgXcqu 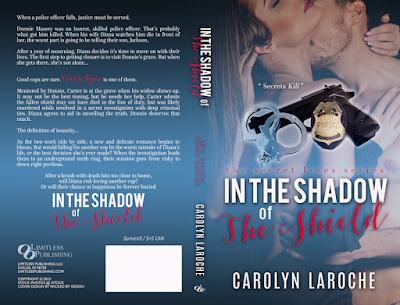 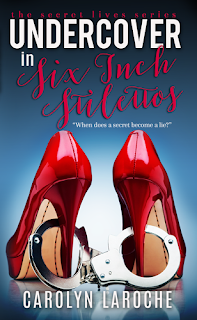 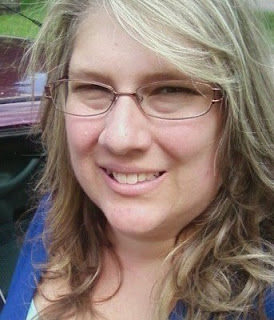 Carolyn LaRoche grew up in snow country but fled the cold and ice several years ago. She now lives near the beach with her husband, their two boys, two finicky cats and one old dog. When she is not at the baseball field cheering on big hits and home runs, she is busy teaching science to unwilling teenagers.
Limitless Publishing: http://www.limitlesspublishing.net/authors/carolyn-laroche/
Facebook: https://www.facebook.com/AuthorCarolynLaRoche
Twitter: https://twitter.com/CarolynLaRoche
Website: http://carolynlarocheauthor.blogspot.com/