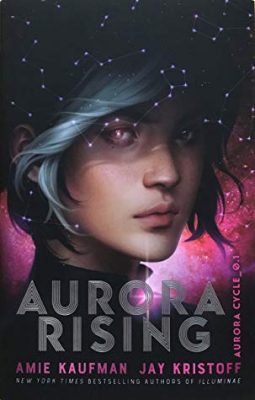 The year is 2380, and the graduating cadets of Aurora Academy are being assigned their first missions. Star pupil Tyler Jones is ready to recruit the squad of his dreams, but his own boneheaded heroism sees him stuck with the dregs nobody else in the Academy would touch:

A cocky diplomat with a black belt in sarcasm
A sociopath scientist with a fondness for shooting her bunkmates
A smart-ass tech-whiz with the galaxy’s biggest chip on his shoulder
An alien warrior with anger management issues
A tomboy pilot who’s totally not into her squad leader, in case you were wondering

And Ty’s squad isn’t even his biggest problem—that’d be Aurora Jie-Lin O’Malley, the girl he’s just rescued from interdimensional space. Trapped in cryo-sleep for two centuries, Auri is a girl out of time and out of her depth. But she could be the catalyst that starts a war millions of years in the making, and Tyler’s squad of losers, discipline-cases and misfits might just be the last hope for the entire galaxy.

I read the Illuminae series last year and I LOVED it. Like literally LOVED IT. So naturally, I have been excited about this book since it was first announced. I managed to get this beautiful Illumicrate version. It’s a real stunner and has matching pink sprayed edges!

This book has multiple POV which if you have read previous reviews you will know I absolutely LOVE. to start with Auri is our link to this new crazy world. She is learning through her uniglass and allowing us to learn what has happened in the 200 odd years since she boarded the Hadfield. This was a great way for us to learn the world. I loved the uniglass pages. They are so typical of these authors who just love to push the boundaries with traditional publishing.

My favourite characters were Zila and Fin. Zila is super smart but has trouble interacting with others. I already know she gets more book time in the second instalment so I cannot wait for that.

Fin is a complete ass. He has the biggest chip on his shoulder. He acts like he is very full of himself but I think its all a front. Fin has been through a lot and I think that makes him put up walls and make sarcastic comments to deflect from his real feelings. Amongst all of this Fin is very funny.

This book has it all. The adventure, the romance, the humour and the pure torturous heartbreak. I cannot wait for book two! 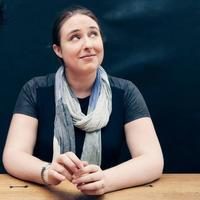