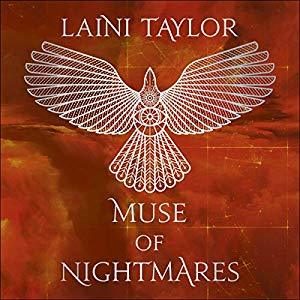 In the wake of tragedy, neither Lazlo nor Sarai are who they were before. One a god, the other a ghost, they struggle to grasp the new boundaries of their selves as dark-minded Minya holds them hostage, intent on vengeance against Weep.

Lazlo faces an unthinkable choice--save the woman he loves, or everyone else?--while Sarai feels more helpless than ever. But is she? Sometimes, only the direst need can teach us our own depths, and Sarai, the muse of nightmares, has not yet discovered what she's capable of.

As humans and godspawn reel in the aftermath of the citadel's near fall, a new foe shatters their fragile hopes, and the mysteries of the Mesarthim are resurrected: Where did the gods come from, and why? What was done with thousands of children born in the citadel nursery? And most important of all, as forgotten doors are opened and new worlds revealed: Must heroes always slay monsters, or is it possible to save them instead?

Love and hate, revenge and redemption, destruction and salvation all clash in this gorgeous sequel to the New York Timesbestseller, Strange the Dreamer.

After finishing Strange the Dreamer I needed to see how this story was going to pan out. I loved Lazlo Strange in the first book. He is such an enchanting character. His imagination is endless and you can’t help but want to be a part of that.

I wanted to LOVE this book but it just didn’t have the same punch as the first book. I enjoyed the story don’t get me wrong but it felt like there was something missing. I know I am in the minority here. This book had a different vibe to the first and it just wasn’t quite what I was expecting. There were a few revelations that just seemed to fall a bit flat to me.

I really enjoyed hearing more about the backstory of the ‘God’s’ of Weep. I enjoyed seeing where they came from and what life was like before they came to Weep.

I loved the characters in this story and the bonds they have. It was also nice to see more of Calixte and Thyron. Seeing these characters develop was very interesting.

Laini is very good at creating worlds and making them seem very very real. The story alludes to maybe a spin-off or a novella which I really hope does happen as I always love expanding stories and extra world building. 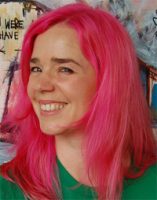