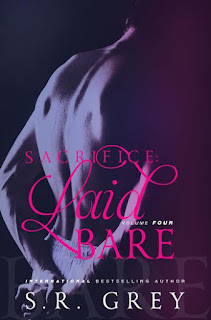 Sacrifice: Laid Bare by S.R. Grey
Series: Laid Bare Volume #4
Genre: Paranormal Romance with erotic content
Release date: January 2016
– SYNOPSIS –
Lucien and Dahlia… A relationship that was never meant to be. Is that why it seems so destined to fail?
Maybe. But Lucien doesn’t believe that’s the case.
Still, with all the odds stacked against this unlikely couple, Lucien sees only one way out—sacrifice himself in order to save Dahlia.
Will Lucien succeed in destroying himself? Can Dahlia stop him? Or, will their love prove strong enough to save them both?
All the answers are revealed in Sacrifice: Laid Bare, the final installment in the Laid Bare series.
Volume 4 and the final installment of the Laid Bare novellas.
Steamy Romance | Paranormal Romance.
– ADD TO GOODREADS –
http://www.goodreads.com/book/show/26169372-sacrifice
– COVER DESIGNER –
RBA
Designs
https://www.facebook.com/rombookaffairs/ 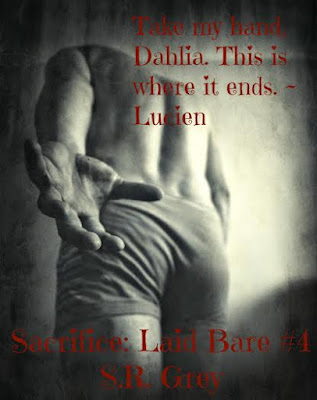 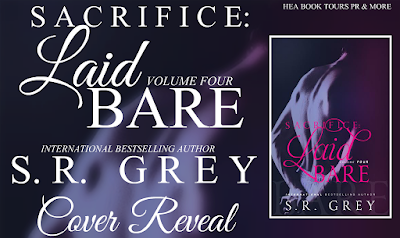