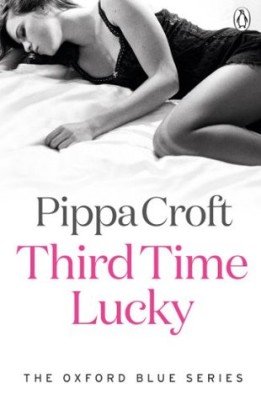 For fans of Sylvia Day and E. L. James, the third and final part of this exciting romance series.

‘It’s Sister Dixon from the Royal Infirmary here. I’m sorry to tell you that Captain Hunt has been involved a serious incident.’

Lauren Cusack should be on her way home for an holiday in Washington before her final term at Wyckham College, Oxford. But this call changes everything. Her relationship with impossibly handsome aristocrat Alexander Hunt has been turbulent and Lauren knows she needs to walk away. Yet now as she rushes to his side she knows she will be inevitably sucked back into his world.

And sure enough, Alexander – even a seriously injured Alexander – is an intoxicating cocktail Lauren cannot resist and despite everything that is sent to thwart them – and with Alexander there is drama at every turn – she finds herself happier than she’s ever been.

But as her final term races by, and she is offered the perfect job back in Washington, the impossibility of their romance hits home.

Can there be a future for Alexander and Lauren?

Fans of E L James, Tammara Webber and Samantha Young won’t be able to get enough of Pippa Croft’s Oxford Blue romance series. Lauren and Alexander’s journey begins in The First Time We Met, and follows on in the brilliant sequel, The Second Time I Saw You, which are both available as Penguin ebooks.

Firstly thank you to JB for letting me take part in this blog tour. I’ve previously read the first and second book in this series and I loved them. The wait for this third book has been excruciating.

We pick this book up right after the second one ends. The second book ended on such a cliff-hanger that it almost killed me. I raced through the beginning of this book needing to know what would happen next.

Lauren was as useless as ever at staying away from Alexander and his drama. I feel this book while still written from Lauren’s POV was more focused on the changes for Alexander than for Lauren.

Alexander really grew a lot in this book. With the struggles that he faces with his injury life Alexander has to learn to adapt. He has to learn that he can’t always get his own way and that sometimes you need a bit of help. Of course being Alexander Hunt he fights this all the way.

I really enjoyed seeing more of Emma. I loved seeing the changes in her and Alexander’s relationship. They really do only have each other left and after Alexander’s accident Emma grows up quite a lot.

I loved Letty. She is a genuinely nice person and I don’t know how Rupert can be related to her, let alone have been in her womb for 9 months.

Valentina, OMG that girl just doesn’t give up. She is so manipulative. Every time I thought we’d seen the end of her, back she came to cause more problems.

I raced through the last few chapters of this book because I was worried I wasn’t going to get the ending I wanted and even right up until the last page I wasn’t sure how this book was going to end.

I have a feeling this is the last book in the series but I would love maybe a little novella on how these two are doing at some point in the future. I don’t quite feel like their story is over. ( I will upgrade to 5 stars if I know there is another book haha)