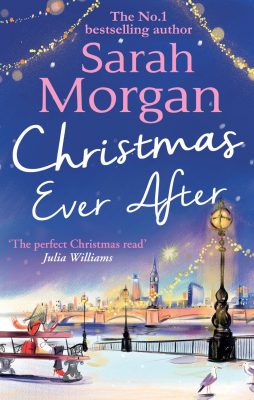 Skylar Tempest has never understood Alec Hunter’s appeal. So what if he’s a world-renowned historian? He’s also cynical, aloof and determined to think the worst of her. So when a twist of fate finds her spending the lead-up to Christmas with Alec and his family, she’s not expecting the season to be either merry or bright.
Alec has learned the hard way not to trust beautiful women—and Skylar is the most beautiful woman he’s ever seen. But as he watches her throw herself into his family’s festive chaos, Alec realises there is far more to this blonde bombshell than meets the eye.
With Christmas around the corner, Alec and Skylar return to Puffin Island, a tentative bond forged between them. Neither intends to fall in love, but as the nights become darker, and the fire between them grows hotter, could this be the chance for Alec and Skylar to find their own happy ending?

Alec stepped out into the snowy street. For once luck was on his side and he hailed a taxi almost immediately. Instructing the driver to wait, he walked back through the rear entrance of the gallery and was surprised to find Skylar standing up and clutching the table for support.

He couldn’t believe she was on her feet. “I told you to stay where you were. I’m going to help you.”

“I don’t need you to help me. But my dress is covered in blood. It’s ruined.” She was shivering and Alec removed his coat and covered her up.

“Your dress is the least of your worries.”

“Not true. We princesses are very particular about how we look. We never know when a handsome prince might come riding by.”

Ignoring the dig, he eyed her bruise. “Right now you look more like a heroine from a Hitchcock movie than a princess.” Her hair was the glistening white gold of a Caribbean beach in the sunlight. Even streaked with blood, it was her most striking feature.

“Am I scary?” She gave a faint smile and let go of the table. She swayed and he scooped her into his arms and carried her to the waiting taxi without pausing to ask for permission. “Oh for— Put me down! I can walk.”

“You’ll fall, and that will draw more attention.” He tried to ignore the scent of her and the feel of her slender curves.

“Whatever. If it validates your manhood, go right ahead and sweep me up, but if you slip on black ice and put your back out, don’t blame me.” But she stopped wriggling. “This is the point where you tell me I don’t weigh anything.”

He waited a beat. “If I had to guess, I’d say you weigh the same as a small hippo.”

“You have no idea how much I hate you.”

“I know exactly how much you hate me.” He lowered her gently onto the seat of the cab. “Wait there.”

She eased herself into a more comfortable position. “Where are you going? To find a chiropractor?”

He didn’t bother holding back the smile. “I’m going to tell a few lies about where you are.”

Alec strode back into the gallery, found the owner, made up something that he hoped sounded plausible, picked up Skylar’s coat and bag and joined her in the taxi.

The driver looked at him expectantly. “Where to, mate?”

It was a question he hadn’t considered until now.

Alec looked at Sky. Her eyes were closed, the livid bruising darkening before his eyes.

His instinct was to ask the driver to deliver them to the nearest emergency department but she’d begged him not to, and he understood now it was because she didn’t want to risk the publicity.

He didn’t even know where she was staying. Was she checked into a hotel somewhere with Richard Everson?

“Sky.” He nudged her and her eyes opened slowly, as if she had lead weights attached to her eyelids.

“Go away. I’m going to sleep, probably for a hundred years, and if you kiss me to wake me up I’ll kill you.” Her eyes drifted shut again and Alec leaned his head back against the seat, wondering what he’d done to deserve this. He was kind to old ladies and tried never to forget his mother’s birthday but apparently someone still thought he needed to be punished.

Unable to come up with a viable alternative, he reluctantly gave the address of the hotel where he was staying.

The cab driver did a U-turn and Skylar’s head flopped against his shoulder. Alec tried to shift her away, but her body settled against his as if it had been custom designed to fit.

The only way to stop her sliding off the seat was to put his arm round her and he did that with the same degree of enthusiasm he displayed when completing his tax return.

The coat he’d lent her was open at the front and he saw that the silver fabric of her incredible dress clung to her curves like a body stocking. A perfectly wrapped Christmas parcel.

She had the face and body of a Victoria’s Secret model.

He imagined unzipping that dress and revealing those curves and quickly averted his eyes.

Bestselling author Sarah Morgan writes hot, happy contemporary romance and her trademark humor and sensuality have gained her fans across the globe. She has been nominated four times for the prestigious RITA ® Award from the Romance Writers of America and has won the award twice. Sarah lives near London with her family. When she isn’t writing she loves spending time outdoors. 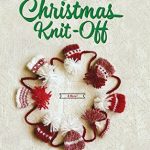