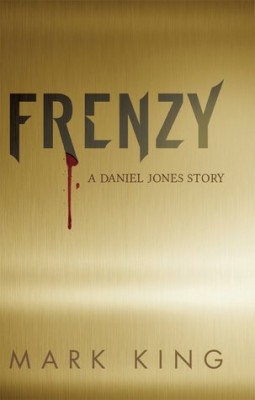 Daniel leads a peaceful life with his family until he finds out a repulsive secret about the Over-seers, the ‘saviours of humanity’, and his security is blown to smithereens. He enters a world where death is the only certainty and quickly learns to kill – or be killed.
Enter Gwendolyn, with the charm of a snake and a bite that’s twice as dangerous. People skills aren’t her thing but she knows how to survive in a post-apocalyptic world; she’s a hotshot with a bow and arrow and can rustle up a mean rat soup.
Mary is the only person left alive over forty. She’s not too good at fighting but she knows where to find the one thing that could save their lives.
Only Mary can remember life before the invasion, before humanity was brainwashed into following the procedures.
Pursued by the Over-seers, the Triclops and the barbaric hunters, can the three brave rebels triumph in their quest for survival? The odds are stacked against them – hold tight for a white-knuckle ride through a landscape of devastation!

I have recently really been enjoying the dystopia genre. When I first read The Hunger Games I thought I had died and gone to heaven. When I read the first two books of The Divergent Series I felt the same. So I was extremely excited to read this book.

I’ve been trying to work out what I love so much about Dystiopain books. I think it’s how when the world come’s crashing down ans everyone is brainwashed into thinking something is the truth that  there is someone who fight’s back. That one person that is resilient enough to fight it.

Being a city girl I found village life to not be my cup of tea. As Mary says “you can take the girl out of the city but not the city out of the girl”. I like the anonymity of the city.

Daniel had always thought that he like his father would spend his life in the village, cutting down trees for fire wood and trading it for food, tools and any other necessary supplies until he reached his 40th season and retired to the achievement centre. That was until he found out the Over-seers secret. Then his life became interesting.

Gwendolyn is a feisty young woman. I loved her spirit and her attitude. I did however spend the whole book hoping she would soften up to Daniel.

Mary is excellent. She is ever the optimist even down to the last few scenes. I was biting my lip with nerves and Mary was just there thinking it will all be ok.

When you first begin the book it’s all a little confusing but stick with it and it all becomes clear. The information is given to you at just the right pace to keep on that fine balance between intrigue and frustration. I am presuming that based on the ending of this book that it will be a series and I really hope so as I would like to see how this pans out.

If you love the dystopia genre with a good amount of tension and intrigue I would highly recommend this book.

And the ground shook

And the ground shook with an almighty force.

And the ground shook with such terrifying power that once again the souls of humanity would cry out in fear tonight.

Mary’s heart was beating at such speed she wanted to shout out, release the pressure of horror which raged through her body, looking for an escape route. The warm palm of her mother’s hand was covering her mouth, and she could hear mother whisper very quietly into her ear as they crouched down together.

‘Mary, I love you my little angel.’

First the light came, a bright red beam lighting up the room, which revealed their hiding place behind the family sofa at the far corner, opposite the television.

She remembered one of her mother’s favourite sayings: “red sky at night, shepherds’ delight” but there was no delight tonight, only destruction.

Next the noise came, a high-pitched note that smothered all other sounds for a few brief seconds, to be followed by the crash of falling bricks as Mary’s home came tumbling down around her.

Beads of sweat trickled from the forehead and gathered speed as they swept around the hairs of the eyebrow; they slid down the curved cheek to fall, free as rain drops, to the dry earth below.

The beads turned to a torrent, hurtling downwards along any channel on the face, gaining speed until free of the body, freed by the force of gravity to hurtle to the ground.

Daniel’s heart was beating with such speed he wanted to shout out, so that he could release the pressure of adrenalin which raged throughout his body, looking for an escape route.

First the sound of the crack came; a loud noise of snapping wood, followed by the rustle of a thousand leaves grumpily awaking from their peaceful slumber. Then the ground shook as this once mighty stalwart of the forest, standing tall to the testament of time, tumbled down to lay on the floor like a wounded beast, ready to be finished off in the final kill.  Daniel wiped the sweat from his face with the long sleeve of his white shirt and looked at the sun on the horizon. He stared at the glowing rays lighting up the clouds, which floated gently and silently above, in glorious colour. One of his mother’s favourite sayings came into his head: “red sky at night, shepherds’ delight.”

He turned around and with a quick triumphant movement, raised his tired arms into the air, and shouted out in victory.

‘Well done my son’ came the reply, from his father, standing behind him. ‘You have felled your first mighty tree.’

Slowly letting his arms down and placing the axe head on to the exposed earth, bleached grey by the summer sun, he could now lean on the large wooden handle, which had been worn smooth by many years of contact with human hands. Resting, he once again wiped his hot face. It was only now that he realised his whole shirt was soaking wet and clinging to the curvatures of his upper body. Clenching the fist of his right hand and gently lifting his forearm towards his chest, he tensed and made the bicep muscle more profound. Although not as big as his father’s arms, he admired the strength in his muscles.

He paused to look at his prey lying helpless in front of him. It must have been over a hundred feet long and over a hundred years old. The large base of the trunk, which he had been chopping at for what seemed an eternity, was closest to him. His eyes followed from here to the small tip at the far end, which until now had been pointing to the sun, and which had once played with the clouds.

Mark King the author of FRENZY a Daniel Jones story which is now available for sale around the world from America, Canada, U.K, Germany, India and Japan to name just a few. Mark is also the writer behind the successful worldwide blog www.always-hanging-around.blogspot.com.
His varied working life from being an Auctioneer on Lowestoft fish market through to a Court bailiff, and then an area operations manager, plus other positions in-between, has given Mark a rich tapestry of experiences that has helped feed his imagination, and which is now used in his creative work as a successfully published author.
Now working on the sequel to FRENZY a Daniel Jones story his new book which has been initialled titled Daniel Jones DOOM; Mark King’s intention is to carry on with the fast paced exciting formula that fans have enjoyed with FRENZY.
You can follow Mark via twitter @author_king. He tries his best to interact with fans while writing on the new manuscript to Daniel Jones Doom.

Mark’s quote.
I’m a free spirit, lover of life, family, friendships, good food, drink and travel. After facing death on more occasions than is good for a hot blooded male I now let my vivid imagination take the risks in life.
I will try anything once, and if I like it I will try it again; and if I don’t then I won’t. So even now I’m still making mistakes learning something new along the way, and when I stop making these it will be the day my maker calls me to judgement. 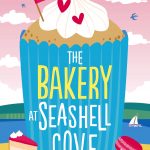