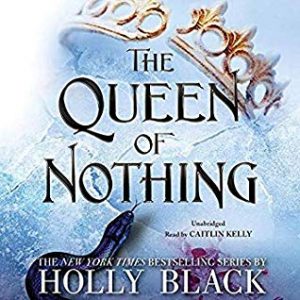 The finale to the New York Times bestselling Folk of Air trilogy, that started with The Cruel Prince and The Wicked King, from award-winning author Holly Black.
After being pronounced Queen of Faerie and then abruptly exiled by the Wicked King Cardan, Jude finds herself unmoored, the queen of nothing. She spends her time with Vivi and Oak, watches her fair share of reality television, and does the odd job or two, including trying to convince a cannibalistic faerie from hunting her own in the mortal world.
When her twin sister Taryn shows up asking of a favor, Jude jumps at the chance to return to the Faerie world, even if it means facing Cardan, who she loves despite his betrayal.
When a dark curse is unveiled, Jude must become the first mortal Queen of Faerie and uncover how to break the curse, or risk upsetting the balance of the whole Faerie world.

So I was late to the party for this series and I only read the first book at the end of last year just before the second book came out in January 2019. I have been so so excited about this third book and when the publication was brought forward I was beyond stoked!

I’m going, to be honest, and say I did not love this as much as the first two. I won’t spoil it for those that haven’t read it yet but the ‘black moment’ I did not get it! I know others loved it but then there are some out there like me who just did not understand.

I thought the whole story was rushed. The audio is 9 hours and I think the written version is about 300 pages or so. I expected so much more for the ending of this story.

Holly’s usual writing style was there but I realised I was over halfway through and quite honestly nothing had really happened. I am so so disappointed with the ending but it wouldn’t put me off reading more of Holly’s work in the future because I know her writing can be so much more. 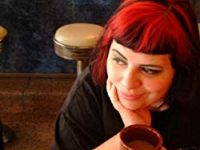 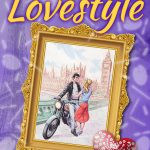 Book News: Beneath the Moon and Stars Cover Reveal
Review: New Year At The Ritz