Set amid the austere beauty of the North Carolina coast, The Notebook begins with the story of Noah Calhoun, a rural Southerner recently returned form the Second World War. Noah is restoring a plantation home to its former glory, and he is haunted by images of the beautiful girl he met fourteen years earlier, a girl he loved like no other. Unable to find her, yet unwilling to forget the summer they spent together, Noah is content to live with only memories…until she unexpectedly returns to his town to see him once again.
Like a puzzle within a puzzle, the story of Noah and Allie is just the beginning. As it unfolds, their tale miraculously becomes something different, with much higher stakes. The result is a deeply moving portrait of love itself, the tender moments and the fundamental changes that affect us all. It is a story of miracles and emotions that will stay with you forever.

As you may know from yesterday’s post I have been reading The Notebook this week. I knew the story from the film but I loved the book even more.

Naturally I had the image of Ryan Gosling in my head throughout the book. Even when Noah was old. Noah is the perfect book boyfriend. He’s caring, loving and sexy. He loves Allie from the moment he met her and he never forgot her.

The love was so powerful that it brought them back together, like he always knew it would. This is the sweetest love story. Throughout the entire book Noah never gives up on Allie and I love him for that.

This book has the perfect ending. It’s just so sweet.

Of course a review of The Notebook is not complete without at least one picture of Ryan Gosling…. Nicholas Sparks is one of the world’s most beloved storytellers. All of his books have been New York Times bestsellers, with over 105 million copies sold worldwide, in more than 50 languages, including over 75 million copies in the United States alone.

Film adaptations of Nicholas Sparks novels, including The Choice, The Longest Ride, The Best of Me, Safe Haven (on all of which he served as a producer), The Lucky One, Message in a Bottle, A Walk to Remember, The Notebook, Nights in Rodanthe, Dear John and The Last Song, have had a cumulative worldwide gross of over three-quarters of a billion dollars.

In 2012, Sparks and his publishing agent and creative partner Theresa Park, launched Nicholas Sparks Productions, with Park as President of Production. A film version of The Guardian is currently in development, as is a film based on Football Hall of Famer Gale Sayers’s friendship with Chicago Bears teammate Brian Piccolo.

Sparks lives in North Carolina. He contributes to a variety of local and national charities, and is a major contributor to the Creative Writing Program (MFA) at the University of Notre Dame, where he provides scholarships, internships, and a fellowship annually. He co-founded The Epiphany School in New Bern, North Carolina in 2006. As a former full scholarship athlete (he still holds a track and field record at the University of Notre Dame) he also spent four years coaching track and field athletes at the local public high school. In 2009, the team he coached at New Bern High School set a World Junior Indoor Record in the 4 x400 meter, in New York. The record still stands. Click to watch the Runner’s World video with Nicholas.

The Nicholas Sparks Foundation, a 501(c)(3) nonprofit committed to improving cultural and international understanding through global education experiences for students of all ages was launched in 2011. Between the foundation, and the personal gifts of the Sparks family, more than $15 million dollars have been distributed to deserving charities, scholarship programs, and projects. Because the Sparks family covers all operational expenses of the foundation, 100% of donations are devoted to programs. 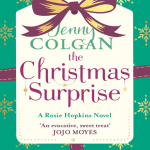