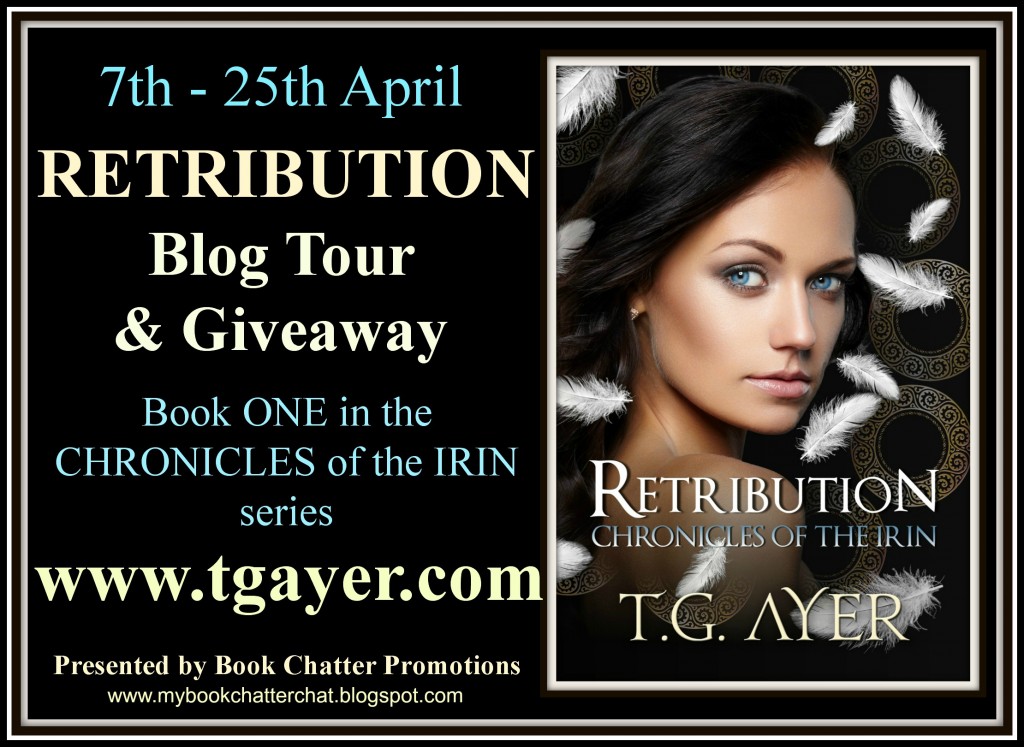 Her name is Evangeline and she is Nephilim.

Evie belongs to the Brotherhood Irin and together with all the other Nephilim of the world she is protector to humanity, protector against evil. But evil has found its way into the Brotherhood. Someone has murdered her guardian and Marcellus, the New Master makes demands of the warriors that go against all they stand for. Demands Evie just can’t carry out.

Evie uncovers Marcellus’ plan to collect a set of special seals, but when a high-level demon reveals the truth behind the Seals of Hades, Evie know there is no way she can allow the Master of the Irin to get his hands on them. But will keeping the Seals from Marcellus cause her to sacrifice more that she should? Will vengeance for her guardian’s death be enough or will she need more to satisfy her Immortal soul?

Oh how I enjoyed this book. There is something quite satisfying about reading fantasy books. We tell ourselves it’s not true but hell it could be. There could really be these creatures out there laughing at us for not believing they really exist and sometimes I just want to believe that we are not the only ones.

Evie is a Nephilim. Her job is to protect the humans from the demons.  But Since her mentor got sick things have changed. There is a new master and he’s changing all the rules. He’s going against everything she stands for. Evie is very determined. Once she has something in her head she doesn’t let it go easily. She is also very moral.

I really liked her friends Ash and Ling. They clearly cared about Evie and their old master Patrick.

Marcellus, the new master is  evil. He has one goal on his mind and all he cares about is achieving that know matter who he hurts along the way. He is selfish

Patrick is a good man. I was sad to see him so unwell. It clearly affected Evie deeply it was very difficult to read.

Barry was a very interesting character.  Really hope we see more of him in the future.

I found this book a bit of a slow burner at first. I found the first few chapters were quite slow and then before I knew it I had finished. I became a little hooked. I can’t wait for book 2 and plan to check our some of the authors other books.

“What exactly are you doing here?” Julian turned to Evie, an edge to his voice.
She backed away and ended up against the wall, again.
“Ask yourself that.”
“What’s that suppose to mean?” He took another step closer leaving not an inch of space between them.
Evie’s breath came in short bursts. Her hands went to his chest and she felt the steady strong beat of his heart. She wanted to push him off but more than anything she wanted him closer. Her body hummed with awareness but she forced herself to concentrate on answering him. “Just that is was you who got me down here in the first place. If you’re trying to kill me, I’m sure there are better ways than sending me to be chimera-chow.”
“I didn’t ask you to come here.” Julian was frowning. The beating beneath her fingers sped up. “Flavia said you did. Covering your tracks now, are you?”
She raised an eyebrow, trying not to think about the heat that simmered between them. From Julian’s rapid breath it was clear he wasn’t immune.
“Don’t be silly. This reeks of Persephone.” When he spoke his lips were so close she just had to lift her head a fraction of an inch for them to touch hers. The heated brush of his breath called to her. Instead, she remained motionless while trying to force her heart to return to a more decent rate. “I thought so too.”
“Then why did you accuse me?” Julian’s glared at her, although she was sure she saw amusement in his eyes. Evie lifted her chin, even though the action brought her mouth way too close to his. “How was I to know you wouldn’t defend her and think I’m making all of this up? And how am I to be sure it wasn’t really you in the first place?”
Evie’s eyes narrowed as she met his eyes. He stared back at her, blinking so slowly, so lazily that she wondered how it was possible when his heart raced wildly beneath her fingers.
It was inevitable that their lips touched. Evie breathed and leaned into Julian as his hands went around her waist. Just one kiss made her world turn on its head. They dragged apart just for air, while Julian took her lip between his teeth. Evie shivered as her body answered, her need hot and visceral.
“Julian.” His lips took hers again. He kissed her deeply, wildly and she drowned in the intoxicating scent of him. And then he moved away, the air a cold blast of reality. Julian shook his head, his eyes one moment burning with need and the next black with iron fury. “Let’s get out of here before I throw you to Chimera myself.” 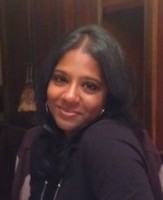 I have been a writer from the time I was old enough to recognise that reading was a doorway into my imagination. Poetry was my first foray into the art of the written word. Books were my best friends, my escape, my haven. I am essentially a recluse but this part of my personality is impossible to practise given I have two teenage daughters, who are actually my friends, my tea-makers, my confidantes… I am blessed with a husband who has left me for golf. It’s a fair trade as I have left him for writing. We are both passionate supporters of each other’s loves – it works wonderfully…

My heart is currently broken in two. One half resides in South Africa where my old roots still remain, and my heart still longs for the endless beaches and the smell of moist soil after a summer downpour. My love for Ma Afrika will never fade. The other half of me has been transplanted to the Land of the Long White Cloud. The land of the Taniwha, beautiful Maraes, and volcanoes. The land of green, pure beauty that truly inspires. And because I am so torn between these two lands – I shall forever remain cross-eyed.