He looked at the photos of all the women who had to be punished. He’d already chosen the first five. He’d been talking to them for weeks. Watching them. Following them. He knew all their secrets––the secrets he would kill them for.
Detective Ellie Reeves heads into the wilds of the Appalachian Mountains when she wants to get lost––to forget the whispers chasing her and the past that keeps her up at night. She’s sick of having to prove herself to her small town.
But hiking in the endless miles of woods isn’t the escape she was hoping for. One night, as dusk falls, a gust of wind blows some petals on to Ellie’s path. Following the trail, she finds a golden-haired young woman dead on a bed of daffodils, with a note: Monday’s child is fair of face.
When Ellie emerges from the forest, there is a message on her phone. Someone has sent her a picture of her colleague, Officer Shondra Eastwood, with the words: Can you find her, Detective Reeves? Ellie is racked with guilt––while she was busy hiding from life a killer was on the loose, and he has taken her beloved friend.
The wilderness, and its shadows, are the perfect hunting ground for a criminal––but what does the sinister nursery rhyme mean? It soon becomes clear when another dead woman, Tuesday’s Child, is found.
Ellie is up against a serial killer who will claim a victim for every day of the week, and in the next twenty-four hours there will be another body. As this ruthless murderer closes in on her, can she save more innocent women––and Shondra––from his clutches? Or will he get to Ellie first?

Thank you to Bookouture for my copy of this book via Netgalley and for letting me take part in this tour. I really enjoyed the first book in this series so I was very excited to see what Ellie got up to this time. As mentioned this is the second book in this series but it can be read as a stand-alone.

This case was very personal. The killer targets Ellie, taunting her from the very beginning. He knows that she will feel guilty, that she will think it’s her fault that he killed those women. He blames Ellie for the way his life turned out and now its time for her to pay.

There were so many suspects in this case but there was no real evidence against any of them. This left Ellie and the team running all over the place and always a step behind. this killer was sadistic, ritualistic and cruel.

This book is very well written. Ellie is the main POV but there’s also the POV of a few other characters. I like reading different POV’s. I find getting into different heads helps to give a more rounded story. The pace is spot on. The chapters are very short which makes it really difficult to put down. Rita did an excellent job of drawing out my emotions. I felt extremely nervous as Ellie put herself in danger again.

While this case may be solved this book ends with some hints as to there being more in store Ellie in future books. I am very excited to see what happens next.

USA Today Bestselling and award-winning author Rita Herron fell in love with books at the ripe age of eight when she read her first Trixie Belden mystery. But she didn’t think real people grew up to be writers, so she became a teacher instead. Now she writes so she doesn’t have to get a real job.

With over ninety books to her credit, she’s penned romantic suspense, romantic comedy, and YA novels, but she especially likes writing dark romantic suspense and crime fiction set in small southern towns.

A Month of Bookouture – Week 4 Wrap Up 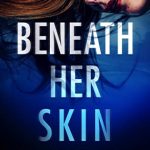 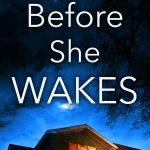