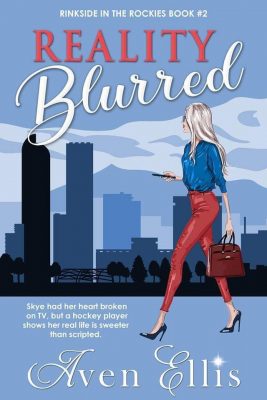 
He lied to her. Fed her the same lines as he did all the other girls. Instead of proposing, he dumped her on national TV. Would a romance with a hockey superstar prove just as disastrous—or could it be the greatest love story of her life?

Cast as America’s reality show sweetheart after being jilted on a dating show, Skye Reeve is ready to stop being a brokenhearted woman by proving she’s more than what the camera portrayed her to be. She’s landed her dream job as a TV lifestyle reporter and promises to work hard to be a success.

Skye also vows never to be swept up in a fairy tale romance ever again, as she obviously has no clue what real love is.

Being in the same city as Denver Mountain Lions hockey star Maxime Laurent, however, might make this last goal impossible.

Dealing with ghosts from his own past, the Belgian hockey star is known for keeping his life off the ice private. He’s not sure if outgoing Skye could be a match for him, but he can’t deny his attraction to her.

When the two embark on a romance, will they be able to move forward from the past to let love into their hearts? With no reality blurred, will Skye find real-life love to be what she had been looking for all along?

I have a message from Maxime.

He has never sent me a message.

My heart is in my throat as I dare to click it open:

Skye, I promised myself if I ever thought you needed me, I would not make the same mistake I made in Brussels. I won’t sit by and merely watch. So here I am. I saw the pictures in that online tabloid after the game tonight, and after so long of not seeing them cover you, I wanted to make sure you were okay. I know you’re not sad—your eyes tell me that—but invasive photos like that must be upsetting. Are you okay?

Maxime is reaching out to me. He wants to make sure I’m okay.

I read his sweet words over and over, thinking no man has ever done anything so wonderful for me. It shows genuine concern.

I study it, transfixed by his words. Maxime seems haunted by our missed connection in Brussels. He remembers my despair in the café that night; he saw the look of sadness in my eyes. Something about these photos with their false headline compelled him to action.

This is how a real man acts.

I begin to type a response:

Maxime, nice to hear from you.  I

Wait, does that sound like a business reply? I delete it and start over:

Maxime, thank you for reaching out. I

Thank you for reaching out? Is that how I reply to an interesting, sexy, mysterious, European man that I wish I had the opportunity to know better?

I bite my lip. Do I want to know him better? After all, my judgment doesn’t have a stellar record. I thought Tom was wonderful. Bleurgh. He turned out to be a colossal wanker, as Sierra’s British boyfriend, Jude, would say. I type what I really need to ask Maxime:

Maxime, you aren’t a wanker, are you? Because I really don’t think my self-esteem could take it if I was wrong again regarding men.

I laugh as I type. Now that would be an interesting reply. I’m about to hit delete when I go on autopilot and hit a different button instead.

In a panic, I think of how to fix this, but what I can I say? I typed out the answer as a joke to myself?

I shouldn’t be allowed to have a phone. 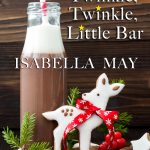