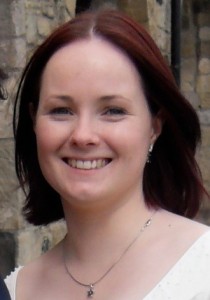 Today we have a guest post from Jennifer Gilby Roberts on why she became a writer, what she likes and what she dislikes. I’ve never been a writer. At school my teachers would say that I need to be more creative so I thought it would be interesting to see what it’s like. I also thought it would inspire any aspiring authors out there to get finishing there books.

Why I Became A Writer

It wasn’t really a decision.  I wrote stories as a kid, just because it was fun.  As a teenager, I belonged to a fan forum for the TV show Farscape and a number of us wrote stories.  Partly because we wanted to and partly because we were interested in one of the minor characters and there wasn’t that much fanfiction about him.  We turned into a mini writers’ group, all encouraging each other.  That’s when I wrote my first stuff that was actually worth reading.

Writing an original novel was on my long-term to-do list, as it is for a lot of people.  At 20, taking some time out after finishing school, I decided I was going to do it.  So I did.  That was The Dr Pepper Prophecies.  Five years later (on another gap year), I wrote After Wimbledon.  At 30, I discovered I could publish to Kindle and suddenly I was an author.

There are two kinds of really great times to be a writer.  One is when someone else tells you that they loved your work.  The second – just as important – is when you read back something you wrote ages ago and think, ‘This is good.  I’m proud I wrote this.’

As a stay-at-home mum, it’s great to have a job that’s completely flexible, although I could use a few more hours in the day!  Trying to fit in all the writing, editing and marketing necessary to be successful is very difficult.  There’s so much I would like to do that I just don’t have time for.

Getting bad reviews is never fun.  It’s impossible to write a book that everyone will like, so you have to accept that some will come.  Most of them are fair, but occasionally you get someone who wants to hurt.  Sometimes they succeed.

With each book – no matter how many good reviews your previous ones have got – you live in fear that no one will like it.  You have to keep letting your babies go and hope they find a place in the world.

Having your work out there is very cool and I think it’s fantastic that anyone can publish these days.  Plenty of great work gets turned down by traditional publishers because it’s a bit different, or because they just can’t afford to take a chance on an unknown author.  Now you can publish your work yourself, for free if you like (although most writers fork out money for things like professional cover design), and find your audience.  There’s one out there for everything, although it may be small.

After Wimbledon is available on Amazon.com, Amazon.co.uk, other Amazon sites and Barnes & Noble

The Dr Pepper Prophecies is available on Amazon.com, Amazon.co.uk, other Amazon sites and Barnes & Noble.

Now for the Compettion!

You can win an e-copy of After Wimbledon, and many other great ebooks, in the Chick Lit Ebook Giveaway on Jennifer Gilby Roberts’ blog from 1st to 14th March 2014.