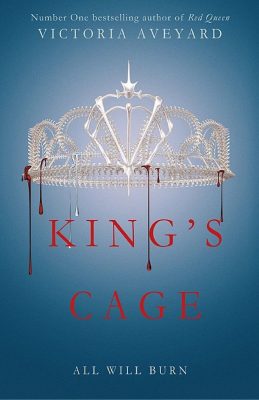 Mare Barrow is a prisoner, powerless without her lightning, tormented by her mistakes. She lives at the mercy of a boy she once loved, a boy made of lies and betrayal.

Now a king, Maven continues weaving his web in an attempt to maintain control over his country – and his prisoner.
As Mare remains trapped in the palace, the remnants of the Red Rebellion continue organizing and expanding. As they prepare for war, no longer able to linger in the shadows, Cal – the exiled prince with his own claim on Mare’s heart – will stop at nothing to bring her back.

In this breathless new novel from the bestselling author of the Red Queen series, blood will turn on blood and allegiances will be tested on every side. If the Lightning Girl’s spark is gone, who will light the way for the rebellion?

Thank you to Orion for my copy of this book via Netgalley. I loved the first two books in this series so I just had to request a copy of the next instalment. I’m just sorry that it took me so long to read it.

I just don’t know where to start with this review, so much happened over the course of 500 odd pages it’s difficult to write a concise review.

The story picks up straight after Glass Sword. It had been so long since I read it I had to give myself a little refresh and I found this great little website that I want to give a shout out too called Book Series Recap. It gave me a nice little summary of Glass Sword which allowed me to go into King’s Cage poised with all the knowledge I needed. So if you ever need a series recap I would recommend seeing if these guys can help you out.

Mare is currently stuck in a situation of her own making. She is trapped and she cannot leave. There are days when she is not sure if she can or should go on. Every day gets harder and harder. I enjoyed seeing more of Maven. It was quite interesting to see what his mother made him. How his mind works.

I loved that this book had different POV. It allowed you to learn what was going on in the different areas of the world. This made is so much more immersive. It was so interesting to see inside Evangeline’s head. She was so different to how I expected. The way she portrays herself to the world is so different to what she actually thinks. Cameron was less interesting internally to have as a POV but it was good to keep up with what was going on with the Scarlet Guard.

The beginning of this book is quite the slow burner but the last third of the book more than makes up for it. There is so much action at the end of the book you almost forget that the beginning was so slow paced. This book has lots of twists and turns. It is full of betrayal, new allegiances and the same old status quo.

I was heartbroken with the ending of this book. I could see what was going to happen but I was still torn into a million pieces when it happened. The pain was so much I had to stop about 2 pages to the end. I just couldn’t take it.

In a way I am glad I only just read this because I am not sure I could have waited over a year to see what happens next.  I am eagerly looking forward to clearing some time and sitting down with War Storm. 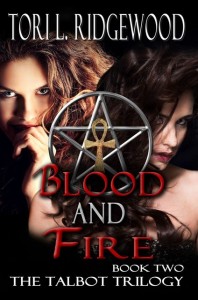