The one that got away?

Sipping Pimms and eating fresh strawberries at Wimbledon are the perfect start to the British summer for Rayne. Immersed in her career as a journalist in the City, she’s been too busy and distracted to give men – or other outside interests – much of a chance lately. That’s something her friend Lily thinks she should correct, coming up with the perfect ‘sex with an ex’ solution – much to the amusement of the crowd on Centre Court!

When Rayne runs into old flame Adam, former good guy who is now all grown up with a hint of bad boy about him, it’s a tempting thought. But is that such a good idea, when she knows that four years ago, she broke his heart?

Back from travelling the world and settling into running the family business, Adam never expected to see his university girlfriend again. And he definitely didn’t think he would still be angry with her for running away, or that she would still have the same stunning effect on him. But she does, so maybe the perfect way to get her out of his dreams and from under his skin, is to have a hot sex-filled night with her? The only trouble is, one night might not be enough…

First love – can you ever go back?

Following my enjoyment of Cocktails in Chelsea I very quickly started Strawberries at Wimbledon.

We begin with Rayne and Lily waiting to watch their first live wimbledon match. The girls have a rare day off and can’t wait to relax and enjoy the day. When the girls take their seats it appears Rayne’s ex Adam happens to be sitting in the row behind them. Rayne thought he was out of the country so it’s a big shock when he’s sitting behind her.

After the way things ended Rayne isn’t sure how Adam feels. Is he still mad at her? She’s also not quite sure how she feels. He’s the only boy she’s ever loved and now he’s sitting right behind her.

Rayne and Adam have both changed a lot since their Uni days and seeing each other 5 years later is bringing up feelings that Rayne thought she had buried. Rayne is a clever girl who has spent many years working to be where she is and can’t afford this sort of distraction in her life but Adam is making her belly flip flop and her insides tingle in ways that are difficult to ignore.

I love the way Nikki used flashbacks of their relationship to give us some backstory. It makes you feel like you know the characters so much more because you know what it took for them to be the people they are today.

I really enjoyed Rayne and Adam’s story. I absolutely adored the last line of the book. 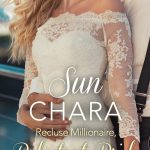 One response to “Review: Strawberries at Wimbledon”