Have love and loyalty gone out of fashion?

Jessie Martin believes that when it comes to love there are three types of people: the skimmers, the bottom dwellers and the ones who dive for pearls. Jessie is a pearl diver. She had thought her husband William was a pearl diver too. But when William leaves her for a much younger woman, it’s not just Jessie’s heart that is broken, her ability to trust is shattered too. All Jessie wanted was a love she could believe in. Was that so much to ask? Loyalty it seems has gone out of fashion.

Refusing to retire from the battlefield of life, Jessie resolves to put her heartache behind her. She doesn’t want to be that woman who was too scared to love again. There has to be another pearl diver out there; all she has to do is find him.

When fate brings handsome flower seller Owen Phillips into her life, Jessie believes he may be the one but is her fragile trust about to be shattered all over again?

Thank you to JB for letting me take part in this tour. I love the cover of this book and as soon as I saw it I knew I had to read it.

This book follows Jessie through a terrible time in her life.  Jessie is trying to find her feet after her 20 year marriage has ended. Her husband cheated on her with a much younger woman. We open with Jessie going on her first date since the marriage ended.

From the blurb I thought this would be  an easy read but Ellie surprised me with this story. This story is deep and emotional. It takes you through twists and turns that you don’t expect.

This is Ellie’s debut novel and I’ll be keeping an eye out for her next book.

It had been her daughter Hannah’s idea to put an advert in the Abbeyleigh Gazette. ‘It’s time to take yourself out of your comfort zone, Mum. Why don’t you get Anne to give you a hand with the ad?’

Sucked into the vortex of her daughter’s enthusiasm, Jessie had agreed before she could talk herself out of it.

‘So, what have you got so far?’ Anne had asked over margaritas in Spike’s Bar.

Anne pretended to fall asleep and Jessie slapped her arm.

‘Bit dull, sweetie!’ Anne said with a smile. ‘For starters, you should put early thirties. Everyone knocks a few years off. And do you really want to say slim? It’s practically shorthand for flat-chested and you’re not. How about “great figure” instead?’

Anne threw her a look. ‘It’s an advert, Jessie. You’re meant to be selling yourself.’

‘Blimey! I’ll just get some fishnets and a red light, shall I?’

‘You know what I mean. You should put something in there about being outgoing. That usually leads to some interesting propositions.’

‘But I’m not outgoing,’ Jessie said.

‘For goodness’ sake, outgoing just means you’re up for a bit of fun. I’m not suggesting for a moment that you put “open-minded”. Now that would lead to some replies that would make your hair stand on end. And obviously your WLTM has to be a man in his late twenties or early thirties.’

‘Has to be? This is my advert, remember? Not yours!’

Anne smirked. ‘So you’d prefer “Recently dumped flat-chested brunette, early forties, lives life with the handbrake on, would like to meet man forties/fifties for visits to the library”?’

Anne squeezed her hand. ‘I know, sweetie. And you can stick another pin in your effigy of William when you get home but right now we need to get you back out there before life passes you by.’

llie Holmes writes commercial women’s fiction and romantic suspense. If you like your books to have heart and soul with a dash of danger then you’ve come to the right place.
To be one of the first to find out about new releases sign up to Ellie’s newsletter via her website at http://ellieholmesauthor.com You can also follow her via her Facebook page www.facebook.com/EllieHWriter or via Twitter @EllieHWriter and Pinterest https://uk.pinterest.com/EllieHWriter

Ellie takes her inspiration from the beautiful Essex countryside and the sublime Cornish coast. Romantic and engaging, Ellie’s style of writing will draw you in and keep you turning the pages. Heart-warming stories and compelling characters will stay with you long after you close her books.

In her commercial women’s fiction, Ellie likes to write about relationships, love and trust, deceit and betrayal. In her novellas, Ellie creates a love story at the centre of each book but adds in elements of mystery and intrigue to keep her readers gripped to the last page.
The Flower Seller is Ellie’s debut novel. It is an engaging, page-turning read full of love, deceit, betrayal and hope, proving that loyalty and true love haven’t gone out of fashion after all.
Coming next will be The Spanish Galleon a romantic novella set in Cornwall and the first in Ellie’s exciting new Cornish Adventure Series. Also on the way is Nighthawks another romantic novella and the first in Ellie’s Cornish Intrigue Series. 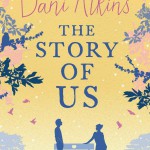 One response to “Blog Tour Review: The Flower Seller”