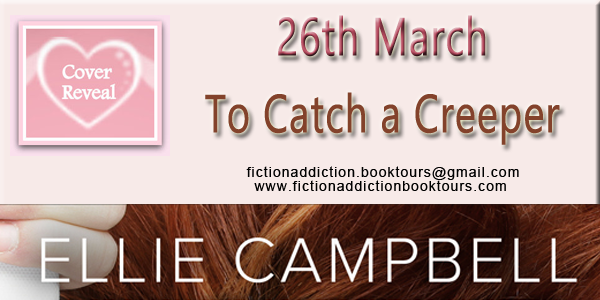 Cathy is riding high in her brand-new job at a (surprisingly bitchy) top London advertising agency working with best friend Rosa. But when Rosa’s pregnancy goes amiss and enemies sabotage her new career, she finds herself leading a chaotic double life of lies and deception, hiding a shameful secret from all, especially husband Declan who appears in the throes of a nervous breakdown.  Meanwhile she’s agreed to unmask the notorious Crouch End Creeper, a burglar terrorizing their neighbourhood. Little does she know that her meddling, assisted by fellow mothers (the Wednesday Once Weeklies) and the Neighbourhood Watch, will lead their dangerous opponent to murder.  And that it’s not only the tall elegant transvestite who is placing herself at risk…

‘It must have been horrendously frightening, Cathy,’ Holly Willoughby’s sparkling white teeth are shining directly into my eyes causing me to spontaneously blink, ‘finding yourself stalked and then almost strangled to death.’

‘Oh yes,’ I nod and refill my water glass. ‘Terrifying.’

Although, I squirm as three huge cameras circle closer like a cackle of hyenas moving in for the kill, nowhere near as terrifying as being on live TV. All through the interview I keep getting these uncanny impulses to indulge in a touch of Tourette’s, spouting obscenities while intermittently flashing a nipple.

‘And then not only did you capture the culprit but you managed to turn the situation round and through it launched the most talked about advertising campaign this decade.’

‘Not just me…’ I grin bashfully as Camera One’s red light gives a little wink in my direction.

‘So as a woman who’s spent the last eight years as a mother and housewife,’ Holly continues brightly, ‘how are you finding it being back out in the workplace?’

How am I finding it? Fantastic. Sodding-bloody-fantastic, I want to reply but for some reason, ever since the camera did that little wink, my throat simply refuses to co-operate.

‘And balancing this brand new exciting career with taking care of two primary-school age children?’ prompts her co-presenter nicely. ‘You must be very organised…’

And that’s it. My mouth freezes while I rifle through my memory bank trying to recall his name. Jason or Joseph… But no, it can’t be either. Joseph was the biblical character that this guy portrayed at a West End theatre and Jason…he was the ex-Neighbours actor who also played Joseph as well as dating Kylie Minogue and picking David Guest’s nose on some reality show. So this guy, the one sitting in front of me, all mike-ed up, awaiting an answer while millions look on… God, who is he? Sweat pools under the armpits of my new Vivienne Westwood polka-dot dress with the waist-cinching corset as I scan and rescan his grey speckled hair and cute baby face. ‘The thing is…’

A reassuring hand rests on my arm. For the fifth time this morning, Rosa steps in to save me.

‘Oh she is, Phillip,’ she laughs lightly. ‘Super-organised, that’s our Cath. Packed lunches prepared night before. Uniforms folded neatly on chairs. Dishwasher and washing machine fully loaded. Plants watered. Fish fed. Wonderwoman has nothing on her.’

She slaps me on the back, just as I take another gulp of water. Instead of drowning the giant South American toad now living in my larynx, a fountain shoots out from my mouth and nose.

Holly smiles once more as she smoothly links back to the weather, before the cameras wheel away, allowing her to dab at her water-spotted jacket and mercifully ending the second most scary moment of my entire life.

Why not check out Looking for La La it’s currently only 99c/p! 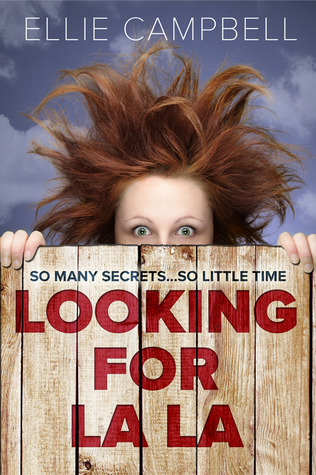 In a recent survey 65% of mothers admitted feeling undervalued, over-criticised and constantly tired.

Cathy is no exception. Her dull, uneventful days as a stay at home, mother of two, are radically transformed however with the arrival of a heavily lipsticked postcard addressed to husband, Declan. Who is the mysterious La La? Could Declan really be having an affair? And is Cathy actually being stalked?

Whatever – it will definitely prove riveting gossip for the Tuesday Twice Monthlies, Cathy’s ‘Mothers Restaurant Research’ group where scandal flows as recklessly as the wine. But what starts as a light-hearted investigation with best friend Raz, soon turns into something much more sinister.

With a possible murderer on the scene, a sexy admirer igniting long-forgotten sparks, and all her friends hiding secrets, it’s not only Cathy’s marriage that’s in jeopardy. Add in the scheming antics of Declan’s new assistant, the stress of organising the school Save The Toilet’s dance and the stage is set for a dangerous showdown and some very unsettling, possibly deadly, revelations.

Ellie Campbell is generously offering a giveaway of a paperback copy of To Catch a Creeper PLUS £5/$10 Amazon Gift Card.  This giveaway is open Internationally. 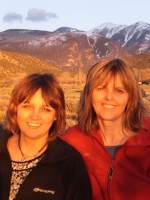 Ellie Campbell is a pseudonym for sisters, Pam Burks and Lorraine Campbell who collaborate across the mighty Atlantic from their respective homes in Surrey, England and Colorado, USA, finding writing together a great excuse for endless phone conversations. Together they have written three previous novels How To Survive Your Sisters, When Good Friends Go Bad and Looking For La La. They love any chance to connect with their readers.

Ellie Campbell is represented by the Hardman & Swainson Literary Agency (www.hardmanswainson.com). For further information and to get in contact with them please visit their website: www.chicklitsisters.com.

Blog Tour: What Happens at Christmas…

One response to “Book News: To Catch A Creeper Blitz”