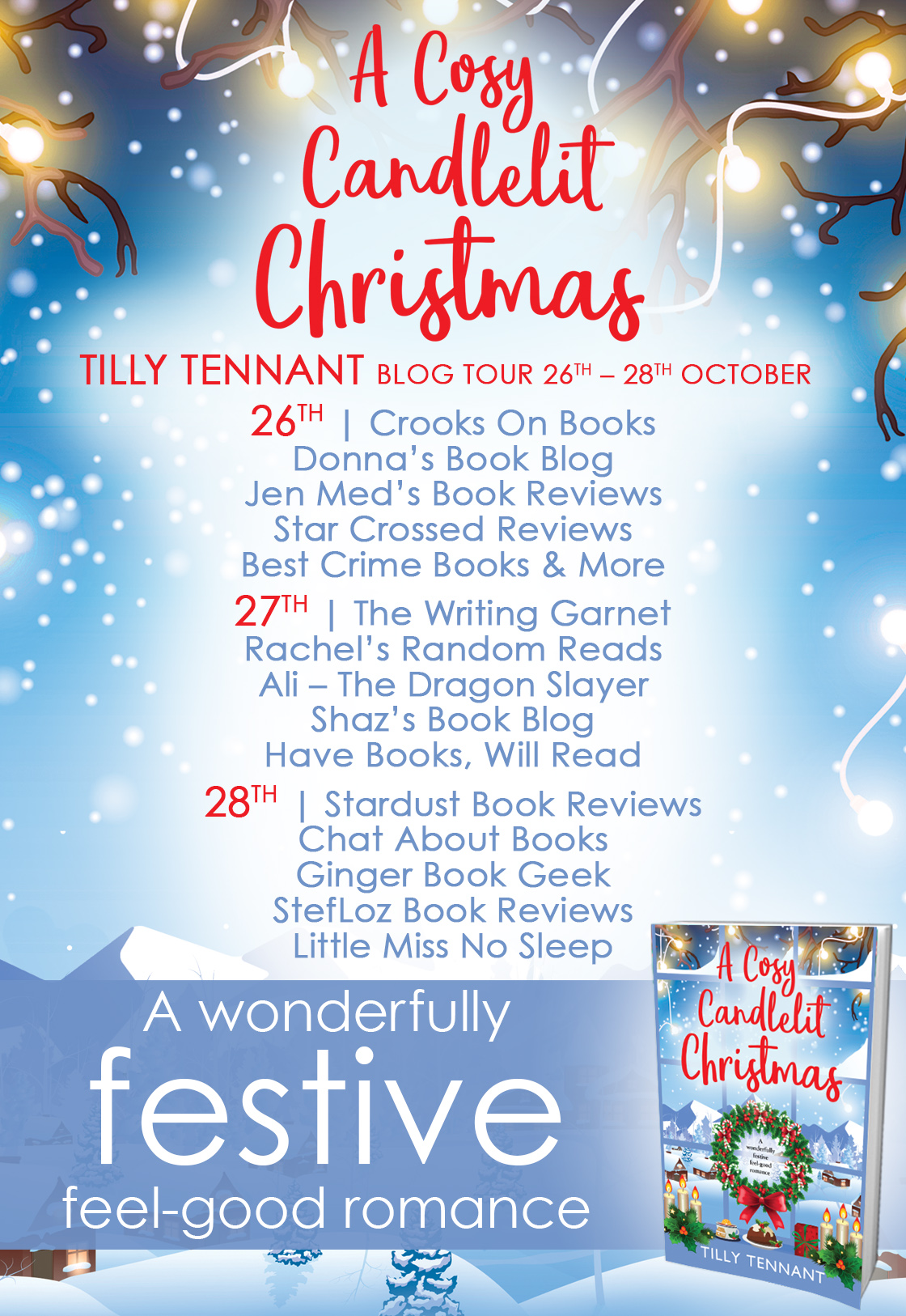 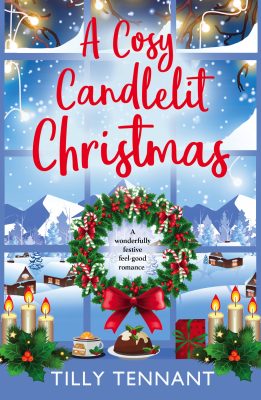 A Cosy Candlelit Christmas by Tilly Tennant
Also by this author: Hopelessly Devoted to Holden Finn, The Man Who Can't Be Moved, Mishaps and Mistletoe, Little Acts of Love
Series: An Unforgettable Christmas #2
Also in this series: A Very Vintage Christmas
Pages: 305
Goodreads
Amazon Kindle, Audible

All Isla wants for Christmas is to be left in peace, but in the Alps there’s potential for romance in every snowflake that falls…

It’s the week before Christmas and Isla McCoy has just received an unexpected gift: a letter announcing she is due a life-changing inheritance, but only if she’s willing to make peace with the father who abandoned her.

She has absolutely no intention of making amends, but who could resist an all-expenses-paid trip to the French resort of St Martin-de-Belleville?

There she meets smooth-talking Justin and nerdy glaciologist Sebastian; two very different men, with two very different agendas. Torn between her head and her heart, Isla finds herself utterly lost in a winter wonderland of her own feelings.

Surrounded by twinkling candles and roaring log-fires, Isla’s resolve finally begins to melt. But will she learn how to reconnect, not only with a whole new family, but with herself and her heart?

Thank you to Bookouture for letting me take part in this tour. I have been a huge Tilly fan for sometime so whenever I see shas a new book out I know it is something to get excited for.

If you have read A Very Vintage Christmas then you know some very brief details of this story but if you haven’t read it then I would say it is not a problem as the two stories are very separate and can be read as standalones.

The story follows Isla as she reconnects with her Dad. It is set among the French Alps. The setting is a christmas picture postcard. Snow is constantly falling, there are magical lights and  the prettiest village around.

I don’t want to focus too much on the story but it really pulls on the heartstrings. Isla’s dad left her and her mother when she was only 5 years old. She has locked all her memories of him away because it is too painful to think about. Her father leaving has affected her in ways she doesn’t realise until she reconnects with him. He has left her with a distrust of people. She can never be sure if they are going to run out on her.

I really loved Sebastian. He is quirky and nerdy but there is something just so loveable about him. He really is a good guy.

Justin is Isla’s usual type of guy. He can talk the talk. There is clearly something there but I was distrustful of him from the beginning.

As always Tilly drew me into this world so easily. Like Isla I never wanted to leave. I was actually disappointed when I got to the end because I wanted to stay there for a little bit longer.

I really hope that Tilly lets us return to Isla’s life in the future because I am so intrigued as to what will happen next for her. Her life has changed so much by the end and I think it is a new beginning for her.