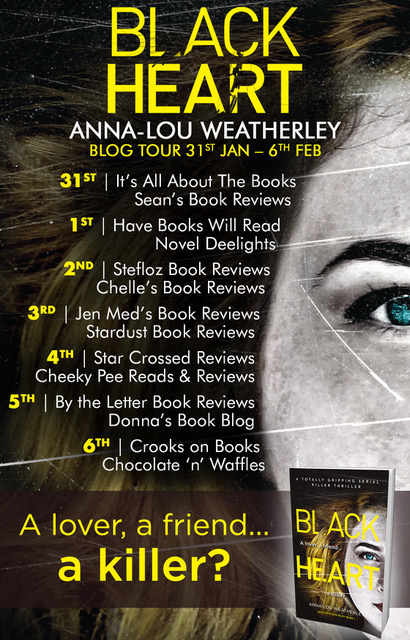 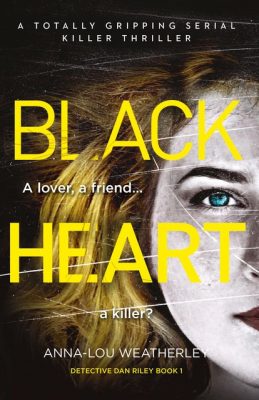 There’s a letter on the floor covered with blood next to a heart-shaped box of chocolates. The note says: ‘My beautiful darling, I’m sorry, please forgive me.’

When the body of a man is found with his wrists slashed in a London hotel room, it appears at first to be a tragic suicide. But Detective Dan Riley suspects there is more to this case than meets the eye and the pathology report confirms his worst fears – the victim was poisoned and suddenly Dan is dealing with a murder inquiry.

Then he makes a disturbing discovery, uncovering links between the victim and a woman calling herself Goldilocks on an online dating site. Is she seeking revenge or something more?

Still grieving the devastating loss of his girlfriend and unborn child in a car accident two years ago, Dan throws everything he has into the investigation. Yet just as Dan begins to piece together the clues of this complex case, the body of a woman is found in her bed with identical wounds.

Dan is on the trail of a twisted individual who is much closer than he realises. Can he overcome his own demons and stop the killer before it’s too late?

An all-consuming and totally unputdownable read that will have you holding your breath to the very last page. Perfect for fans of Rachel Abbott, Robert Bryndza and Karin Slaughter.

Thank you to Bookouture for my copy of this book. This is the first book I have read by Anna-Lou and I think that I would enjoy her other books too which are chick-lit based.

This is the first in a new series following Detective Dan Riley. I really like Detective Dan. He’s genuine. He’s a good Copper and he really cares about making a difference. Dan’s grief is overwhelming at times just like it is in life. Two years may have passed but grief doesn’t care about the passing of time. The thing about grief is that you can think you’re doing great, you’re getting on with life and then the simplest of things can knock you down. A smell for example can evoke a memory that will sucker punch you and its like you’ve lost that person all over again. For Dan Rachel hasn’t left him. He hasn’t dealt with his grief which as a Copper could be quite dangerous. I am looking forward to seeing more of his character as the series progresses.

The book switches perspective from Dan to our killer. I have to say I rather enjoyed the chapters from the killer’s POV. It was very interesting to see inside her head. Sometimes she was rather normal but other times she had such a different view of the world to what I have that it was quite an eye opener.  At times you actually feel sorry for her and what she has been through which can only come from very skilled writing.

Anna-Lou does an excellent job of pulling you in from the very first chapter. The beginning is very fast paced and I raced through the first half of the book. There was a lot going on and I was intrigued. The middle was a little slow and at times I just wanted to speed through. But the end was worth the wait.

I also really liked Davis. She is an excellent copper and I can see her rising through the ranks. I hope we get to see a little more of her as the series progresses. Touchy is also an enjoyable character who I look forward to seeing again.

I can’t wait for Detective Dan’s next case and I think I will try to check out some of Anna-Lou’s other books in the meantime. 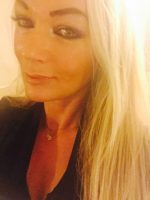 Anna-Lou began her career as a dancer but a moped accident in Ibiza put paid to those aspirations and so she went back to her first and one true love – writing! She re-trained as a journalist, specialising mainly in women’s interest and celebrity, becoming the Editor of J-17 and Smash Hits as well as writing for a host of women’s magazines.

Anna-Lou has written three Adult Fiction titles – Vengeful Wives and Wicked Wives, both published by Avon in the UK and Bookouture in the US and Canada and Pleasure Island published by Bookouture.