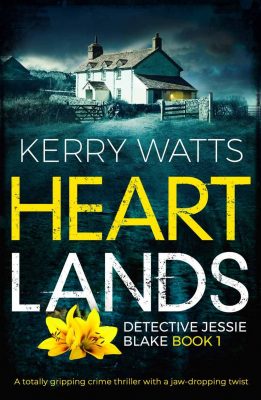 Call it mother’s intuition, but I knew she was dead the moment she was late home. As I listened to her phone ring and ring, that’s when I knew for sure. My little girl was gone.

Twenty years ago, Sophie Nicoll never came home from school. Days later her body was found in a shallow grave on a remote farm a few miles from her hometown. Two boys from her school were found guilty. The press called the boys evil. Sophie’s family wanted them dead. The judge promised they’d never walk free.

Two decades later and schoolgirl Shannon Ross has vanished from a small town in the Scottish Highlands.

It’s Detective Jessie Blake’s first big case since she joined Perthshire Police. Having recently arrived from London, Jessie lives in fear of people finding out about her past and her reasons for moving north.

When Shannon’s body is found in the river on the outskirts of Inverlochty, Jessie discovers she’s not the only one with something to hide. As the small community begins to crack under pressure, people begin to point fingers. And soon, the big secrets hidden within the small town are revealed – with devastating consequences.

This shocking crime thriller set in the dramatic Scottish Highlands will have you reading well into the night. If you like LJ Ross, Cara Hunter or Robert Bryndza, you will absolutely love this.

Thank you to Bookouture for my copy of this book via Netgalley and for letting me take part in this tour. Crime books are now a firm favourite of mine and Bookouture have some of the best so when I saw a new detective series I just had to read it.

To begin with, I found the book a little too complex. There were a lot of characters and I was struggling to keep it right in my head. I wasn’t sure if this was a personal thing as I’ve been having problems with focus recently or it was just the book. After the first 20-30%, something clicked and I fell in love with this book.

The story flicks between the present day and various times in the past. To begin with its not quite clear on the relevance of the past but after a few chapters, it does become clear.

There were a few scenes I had to reread. Again I don’t know if this is just me or the book but I seemed to be confused as to when some characters arrived on the scene.

The story was quite gripping and Kerry did a good job of unravelling it all at just the right moments. Kerry also built some back story for Detective Jessie Blake which I am looking forward to hearing more about in the future books.