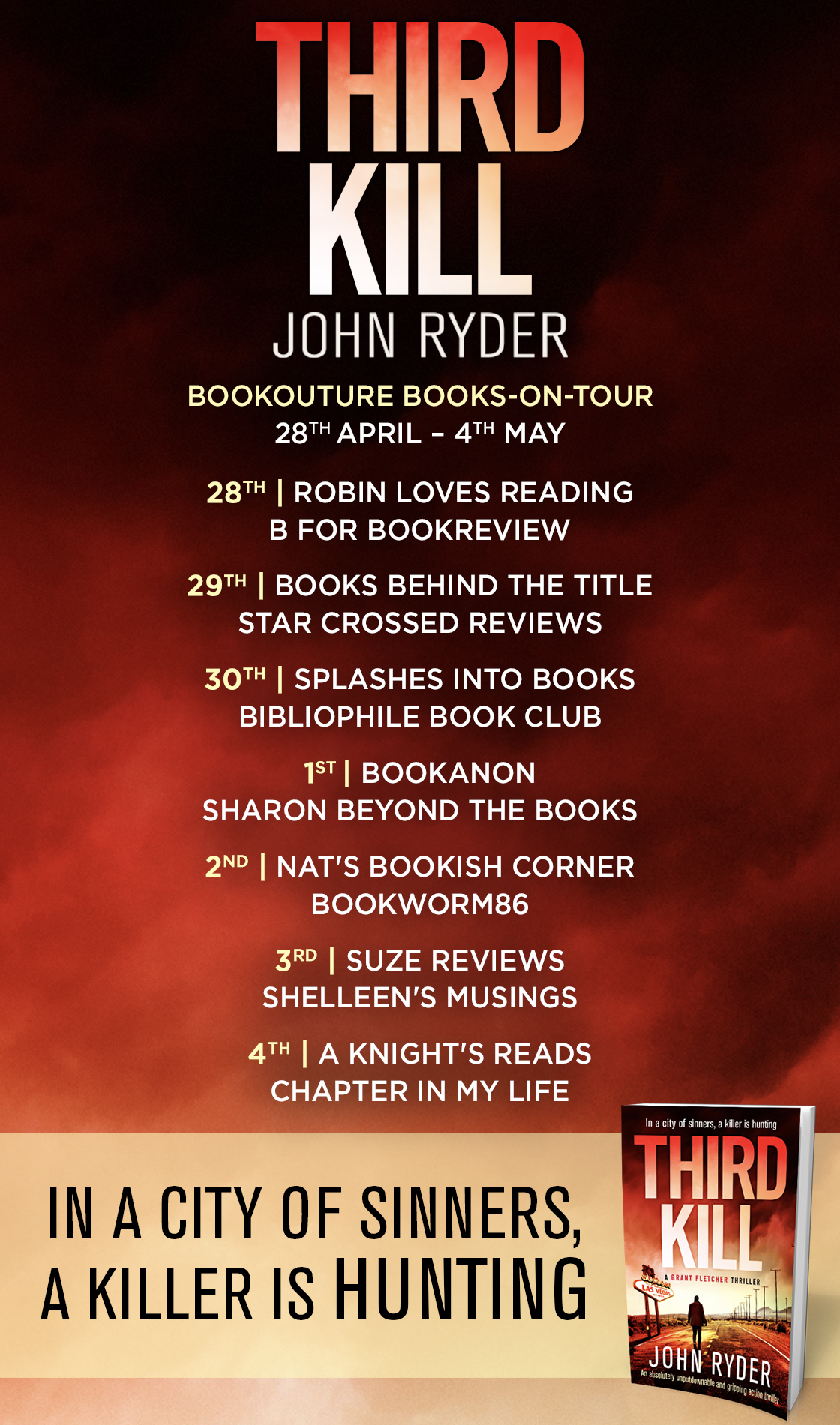 In a city of sinners, a killer is hunting…
Las Vegas, Nevada: a killer is on the hunt.
When the two of the city’s crime bosses are found brutally murdered within days of each other, the fragile balance of Sin City threatens to collapse. It’s exactly what the killer wants…
But there is one thing this killer hasn’t counted on…
Grant Fletcher has been sent to Vegas by a shady government agency. He has one job: find the killer, and stop them before more people die. Stop them, by any means.
Would you send a desperate man to find a vigilante killer?
It looks like a dangerous gamble. But what neither the killer—nor the government agency—know is that the odds are never good unless you’ve got Fletcher on your side.
Fans of Lee Child's Jack Reacher, Robert Ludlum's Jason Bourne and J.B. Turner’s Jon Reznick will love the Grant Fletcher series.

Thank you to Bookouture for my copy of this book via Netgalley and for letting me take part in this tour. I really enjoyed the first two books In this series and couldn’t wait to see what Grant Fletcher’s mission was going to be this time. While this is the third in the series you could read it as a standalone but would get a better experience if you read all three books.

This book is action-packed and extremely difficult to put down. Grant and Zoe get themselves into quite a few situations that you struggle to see their way out of. On more than one occasion I thought well there’s no way they are getting out of this alive. Grant and Zoe continued to surprise me with their escapism skills but they were still very realistic in the way that they do escape. As insane as the world of Las Vagas and its crime gangs are it still felt like something that could happen.

Grant might have been hired for his skills as a marine but there’s a lot more than brute strength and quick reactions to him. He is very good at analysing the situation around him and working out a game plan. Not many can do that and I like this about Grant. He isn’t the kind to just shoot for the sake of it he will only kill if it’s absolutely necessary. Don’t think him a fool though if someone needs putting down Grant will do it.

Zoe is still a little green when it comes to killing but she has good instincts and will do what is necessary I think Grant has seen more and while it obviously still affects him he has worked out a way to process this. Zoe is still figuring out how to live with what she has to do.

John kept me on the edge of my seat, eagerly turning page after page and before I knew it I almost at the end. I was so engrossed I hadn’t noticed how late it had got, way past my bedtime let me tell you! I don’t know if there will be more to come from Grant Fletcher but I really hope there will be. I love the way his brain works and I’m not quite ready to let Grant and Zoe go yet.