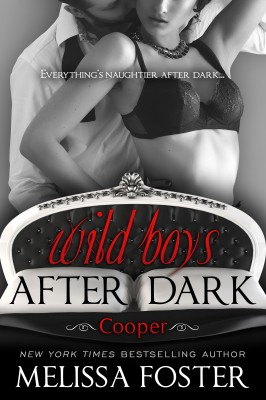 Four years ago at a film festival, Cici Fine met Cooper Wild, a man who turned her world upside down in the span of one deliciously perfect week. He was everything she’d ever dreamed of: sinfully sexy, intelligent, and incredibly loving. When the festival ended, they returned to their own hometowns with promises of forever. But Cooper disappeared, and Cici was left to raise the daughter he never knew about alone.

Cooper is finally thinking straight after years of being lost in grief from the tragedy that killed his father and left his mother blind. Now he’s on a mission to find the woman he left behind—the only woman he’s ever loved.

But Cici Fine is no longer a naive young girl. She’s a savvy businesswoman with big responsibilities, on the cusp of a life-changing move. When fate brings the two together, they’ll put the old adage to the test and find out if love really can conquer all.

Thank you to JB for letting me take part in this tour.

Cooper is the last single Wild brother. All the Wild boys have fallen in love and their lives have changed forever. What they don’t know is that Cooper was the first of the brothers to fall in love.

Four years ago Cooper met Celeste (Cici) Fine at a film festival and he gave her his heart and soul. Devastatingly on the night they go their separate ways Cooper’s father was killed in a home invasion and his mother brutally beaten and left for death. This knocks Cooper for six. He is so consumed by his grief that he decides that the best way to protect Cici is to push her away.

It has been four long years for Cici Fine. She’s not the same person that Cooper left behind. Her life is not the same as it once was. She has responsibilities and she needs to be stronger than ever.

While I was sad this was the last in the Wild series I really enjoyed Cooper and Celeste’s story. 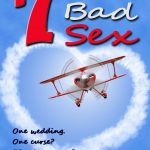 Review: The Vets At Hope Green: Escape to the Country 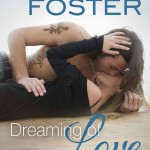