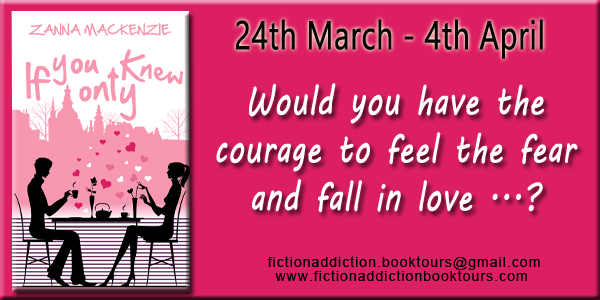 Faith owns The Coffee Pot in the outdoor adventure sports mecca of Derbyshire’s Peak District. She hasn’t had a man in her life for a while, as she’s been too busy serving cakes to weary rock climbers and mountain bikers to find time for the complications of a relationship with the male of the species.

At least, that’s what she tells herself. The truth is that since she got her heart broken she’s had problems trusting men.

When she meets Zane, one of the new owners at the Carrdale Extreme Sports Centre, Faith finds herself enjoying his company even though part of her can’t help wondering why he’s so reluctant to talk about himself.

Then the past comes back to haunt her in the shape of Zane’s business partner Matt, who just happens to be the guy who broke Faith’s heart all those years ago.

Firstly thank you to Shaz at Fiction Addiction Book Tours, for letting me join in on this tour. It’s always a pleasure touring with you.

This book was great. It had a beautiful setting and such wonderful characters. The pace was perfect, faster in some places than others. I didn’t find myself racing through this at the beginning but after I got around 40% of the way through I raced to the end.I couldn’t put it down. The suspense in the book was spot on, not too long that you got fed up and not too short.

Faith is such a great character. She is quite stubborn but she is also determined and hard working. She built her coffee shop up from nothing. If that girl knows one thing its how to get what she wants. That is except a man. Faith has been pretty damaged since her relationship with her first love Aaron. She has never quite recovered from how it ended and has built quite a few walls around her heart.

Zane is a fully trained activities coordinator. He has moved to town to run/own the outdoor activity centre with his business partner Matt. Firstly he sounds HOT. Might have to get over my fear of climbing, do you think he will help me? Sorry sorry I got a bit distracted there.  There is an instant attraction between Zane and Faith but both are pulling away. Faith because she doesn’t want to get hurt again and Zane because he doesn’t have time for a relationship and to run his business.

When they both finally give in and try to make a go of it along comes Matt and ruins the whole damn thing. He constantly causes trouble between Zane and Faith.

There was a whole host of excellent supporting characters in this book. I think my favourite is Zane’s sister. I just loved her, she really made me laugh.

I would recommend any chicklit lover out there to pick this book up today.

This couldn’t be happening.

Zane had said his business partner was called Matt. She was sure of it. Yes, he’d definitely just introduced him as Matt. But the man standing before her wasn’t Matt.

Faith wiped her hands on a tea–towel. She wanted to speak, but couldn’t get her brain into gear enough to make her mouth form the words.

She’d thought Aaron was gone from her life.

It looked as though she was wrong.

She took a step back, wrapping her arms around herself. Suddenly she felt cold and shaky. Aaron was back? This was impossible.

Yet here he was, standing in her kitchen. She felt dizzy and light-headed.

But she knew she couldn’t keep something like that from Zane.

As she debated what to say and do next, the room remained awkwardly silent. Zane was looking at her questioningly.

What should she say?

“Faith, it’s amazing to see you again after all these years.”

OK. So he didn’t want to keep it a secret that they already knew each other.

“That’s an understatement,” Matt said, stepping forward to pull her into a hug.

“Hang on a second,” Zane said, pushing into the room. “Aaron? That’s your proper name isn’t it?” He raised enquiring eyebrows at Matt. “What’s going on? You two already know each other?”

Fun, Flirty Facts With The Guys

Do you prefer your book heroes to be mean and moody or sensitive and vulnerable? Zanna Mackenzie’s new book, If You Only Knew, has both, with bad boy Matt and emotionally wounded Zane….

*Celebrity you’ve been told you look like:  Apparently the actor Kieren Hutchison, though I think I’m probably taller.

*Naughty food you like to indulge in: Triple choc muffins. Especially the ones from Faith’s coffee shop in the village. She makes the best muffins going.

*What you wear to bed: It varies, sometimes a t-shirt, sometimes nothing.

*How many people you’ve said “I love you” to: Only one.  Until I arrived in Carleton I honestly thought I’d never say those words again. Now I’ve met Faith and our relationship is taking me way outside my emotional comfort zone and I’m started to wonder…

*Your first kiss – How old were you? Did you instigate it? I think I was about thirteen or fourteen. It was on one of those joint Boy Scouts and Girl Guides camping trips. Her name was Anna, we went  off into the woods. I was planning how to make a move when she pushed me up against a tree and kissed me. She was quite a forthright girl!

*Celebrity you’ve been told you look like: Ryan Gosling but I’m better looking.

*Naughty food you like to indulge in: Cakes, pizza and a fried breakfast of eggs, bacon and sausages. I’m an active guy; I run an outdoor extreme sports centre so I burn off all those calories anyway.

*What you wear to bed: Nothing!

*How many people you’ve said “I love you” to:   Do you mean said it to, or said it to and actually meant it? If it’s the latter, then the answer is two.

*Relationship deal-breaker: A woman who cheats on me.

*Your first kiss – How old were you? Did you instigate it? I was thirteen. Yes, of course, I instigated it. Her name was Kathy and it was at the school disco. We had a fun time. 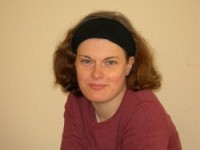 Zanna Mackenzie lives on the Derbyshire/Leicestershire border with her husband, 4 dogs, a vegetable patch that’s home to far too many weeds and an ever expanding library of books waiting to be read.
Being a freelance writer and editor of business publications is her ‘day job’ but, at every opportunity, she can be found scribbling down notes on scenes for whatever novel she’s working on. She loves it when the characters in her novels take on minds of their own and start deviating from the original plot!
If You Only Knew is Zanna’s third novel; her previous books The Love Programme, and How Do You Spell Love? were both published in 2013. 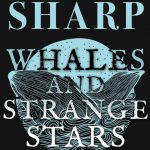 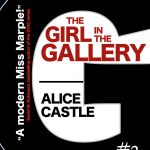 Book News: The Girl in the Gallery Cover Reveal 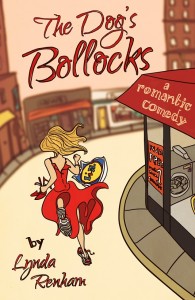 One response to “Blog Tour Review: If Only You Knew”