The young woman was sitting as though she might get up at any minute, her dark brown hair hanging over her shoulders. But her blue eyes were staring into the distance, into the future she would never get to see…
Despite all Detective Jackie Cooke’s experience, the murder of vulnerable teenager Chloe Smedley shakes her to the core. Chloe’s body has been left in a cold backyard, carefully posed to make it look like she could get up at any minute. As Jackie studies her innocent face, she vows to find the monster who did this.
When Jackie tells Chloe’s mother her daughter is gone, the woman’s cries cut through her. She knows the pain of an unsolved crime only too well – the disappearance of her brother as a child still haunts her family. Determined to solve the case, Jackie sets to work, finding footage of Chloe waving at someone the day she went missing. Did she know her killer?
But then a second body is found, arranged on the side of the road in another macabre scene, and Jackie becomes sure she is hunting a serial killer. Someone has been preying on the missing and vulnerable for decades. Only Jackie seems to see that they were never lost. They were taken.
Her boss is pushing for a quick solution and has no time for Jackie’s theory. But then Jackie returns home to find a brightly coloured bracelet on her kitchen counter – the same one her brother was wearing the day he vanished. The killer is taunting her directly. And Jackie will bring him to justice, no matter the risk…

Thank you to Bookotoure for my copy of this book and for letting me take part in this tour. This is the first book I have read by this author. I’m always looking for new authors to add to my collection (yes I collect authors :D) so I was excited to read this new series.

Detective Jackie Cooke is being pulled in so many directions. Mum of twin boys whose dad is useless, lead Detective in a serial murder oh and she’s in the late stages of pregnancy. So you know no big deal! I really liked Jackie as a Detective. She stands up for herself and is determined to do right by her victims. I found the fact that she was in love with someone so useless and irresponsible a bit of a turn-off. I imagine there are some insecurities at play here given her life experiences but damn girl you can do so much better!

I really liked the diversity of the characters in this book with Jackie’s partner Dave Tang and the rookie Shazia Malik. These three will make a really good team as the series progresses.

The case itself was creepy AF. There were some parts that were a little hard to believe but isn’t that why we read these books. We like to be shocked, creeped out and thank god that these situations aren’t real. The police procedural aspects were well written and showed some real truths to what goes on. From Clever Bob to Tina Venables.

This was a solid, gripping crime story and I look forward to the rest of the series.

Marnie Riches grew up on a rough estate in north Manchester. Exchanging the spires of nearby Strangeways prison for those of Cambridge University, she gained a Masters in German & Dutch. She has been a punk, a trainee rock star, a pretend artist and professional fundraiser.

Her best-selling, award-winning George McKenzie crime thrillers were inspired by her own time spent in The Netherlands. Dubbed the Martina Cole of the North, she has also authored a series about Manchester’s notorious gangland as well as two books in a mini-series featuring quirky northern PI Bev Saunders.

Detective Jackson Cooke is Marnie’s latest heroine to root for, as she hunts down one of the most brutal killers the north west has ever seen at devastating personal cost.

When she isn’t writing gritty, twisty crime thrillers, Marnie also regularly appears on BBC Radio Manchester, commenting on social media trends and discussing the world of crime fiction. She is a Royal Literary Fund Fellow at Salford University’s Doctoral School and a tutor for the Faber Novel Writing Course.

Review: The Vets At Hope Green: Escape to the Country
Book News: Saved By A Seal Book Blast

Blog Tour Review: The Other Mothers
Welcome to 2022 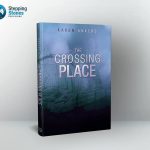 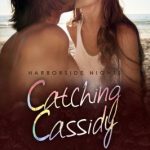 2 responses to “Blog Tour Review: The Lost Ones”