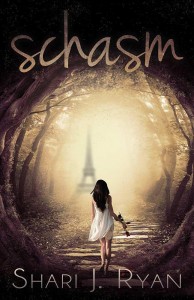 What happens when two worlds collide?

Chloe Valcourt drifts between two worlds: the dark reality of her horrible parents and doctors versus the vivid fantasy of her imagination. A chance encounter with a handsome and vaguely familiar young man in her dream world hints at the possibility of hidden truths—and a life she can’t remember.

As her drifts become a greater escape from the cruelty of the real world, Chloe finds herself lost between what is real and what is imagined, questioning her very existence.

Can she remain in the lush new imagined landscape to find happiness in a realm of her own invention?

Is she doomed to return to the harsh reality of the outside world forever?

Or will she become trapped somewhere between the two…unable to return to either?

A thriller guaranteed to make your mind spin, Schasm is a young adult novel destined to change how you view the power of your mind.

I literally just finished this book and I am totally and utterly confused.

Chloe drifts between two worlds reality and her imagination.

Her reality is pretty crappy. Her parents keep her locked in the house all the time. I’m unsure if it’s because they are ashamed or because they think she may potentially hurt herself or someone else.

In her imagination Chloe meets Alex. He is damn hot and totally in love with her. But the question is, is he real?

Chloe and Alex go through multiple “realities” or versions of her imagination. To be honest I’m still not quite sure what was happening. The back and forth totally lost me. It was quite thrilling all the same.

I’d say this is a darker and more confusing version of Wonderland and while I still don’t really know what the hell happened I enjoyed it all the same.

I am honestly looking forward to reading the rest of the series.