Dressed in garish Halloween costumes, two teenage girls run through a patch of dense woodland towards the outskirts of town. But before they can reach the safety of the streets beyond, they make a shocking discovery.
Following a piece of old rope, the girls find a large mound of freshly laid earth, undisturbed in the darkness of the trees. Clawing at the ground beneath them, they make contact with something solid. When they realise what they’ve discovered, the silence is broken by their piercing screams as they stare down at the shallow grave.
Without looking back, they run as fast as they can, failing to spot the person nearby watching their every move…
And when another grave is found just days later, it’s clear a serial killer is praying on the small town. But who is the killer watching now? And when will another grave be filled?
If you like Angela Marsons, Cara Hunter and Clare Mackintosh, you’ll love this heart-racing thriller from bestselling author, Carla Kovach. With gripping suspense and a twist you won’t see coming, Their Silent Graves will have you hooked from page one.

Wow oh wow. What a case for DI Harte this time! I can’t imagine anything worse than being buried alive.  Setting the book around Halloween just made it even scarier. This book will seriously give you the creeps. It’s a great addition to this series which can all be read as standalones.

I was hooked from the very first page. The case had so many bits too it but nothing seemed to fit together. There were little clues here and there but none of it made sense. Carla had me so suspicious of everyone. There was one character in particular I was convinced was the killer and I was totally wrong! When it was revealed I was so surprised. I would never have suspected them. Looking back though Carla did lay out some clues and I just didn’t pick up on them.

This case was made very personal for Gina. The killer taunted her with the secrets of her past. They really got under her skin. I’m not surprised that Gina becomes suspicious her friends. I still think there’s a lot more to learn about Gina and I really would like to see her happy. I’d like her to fix her relationship with her daughter. I’d also love to see her and Briggs together but that’s just the romantic in me.

I loved the change in POVs. From Gina to the killer and others. It gives such a more rounded picture to have the varying views.

Thank you to Bookouture for letting me take part in this tour and for my copy of this book via Netgalley. I thoroughly enjoyed my trip back to Cleevesford and I hope there will be another one soon! 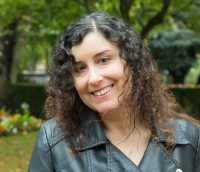 Review: The One We Fell in Love With
Book News: Faded Perfection Release Blitz 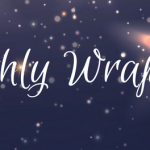 February and March Wrap Up