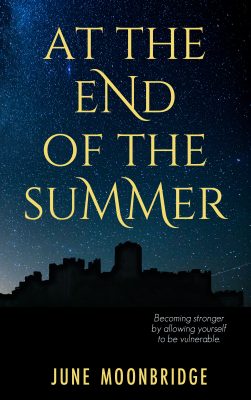 At the End of the Summer by June Moonbridge
Published by Self-Published on 1st May 2018
Genres: Contemporary, Romance


Joshua’s life as a rock guitarist seems like a dream come true. Sold out concerts, red carpet events and wild nights portray him as a confident young man with the world at his feet. Only few friends know the scars he carries.

When freelance photographer Caroline meets the rock band Burning Ruins at the after party, an irresistible chemistry of attraction between her and the sexy rock guitarist is clearly seen to everybody. However, after a forced conversation from Joshua’s side, Caroline’s convinced the attraction is not mutual.

Waking up the next morning, Caroline has no idea what happened. She flees out of the hotel room mortified, convinced she’d become another of the band’s trophies. Determined never to meet anyone from Burning Ruins ever again, she has no clue people around her have different ideas.
In a summer that takes them from London to Wales and to the sultry heat of Rome, they’re desperately fighting their demons from the past, while trying to protect their broken hearts. Will they ever let each other mend their broken hearts or will they try to heal them alone? 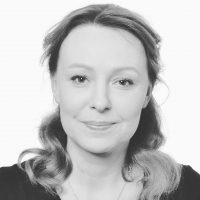 June was born in June and she always loved the moon. She comes from Slovenia, a country in the middle of Europe.

She studied economics, and quickly realised she hated it. Afterwards, she found herself working in mainly male-dominated businesses; at first in automotive and later steel products. She can choose the best steel for your project, but don’t, please don’t, ask her which lipstick brand you should use.

She started to write in high school and was criticised by her teacher. Stubborn as she is, that didn’t stop her. Under different pen names, she had stories published in magazines, and then went on to publish three books.

After having two children, and learning that her second child has autism, she married their father and carried on working. Work and family life left her with little free time. But the desire to write didn’t die.

When life somehow sorted itself out, she challenged herself to write a novel in English and her first submissions were rejected…

For what happened then, re-read the third paragraph, second sentence above…

Since then she has published two novels: All that the Heart Desires and Caught Between Two Worlds are both stand alone and can be found on Amazon Worldwide, currently on discount or you can read them for free on KU.

Book News: All That My Heart Desires Cover Reveal

One response to “Book News: At the End of the Summer Cover Reveal”