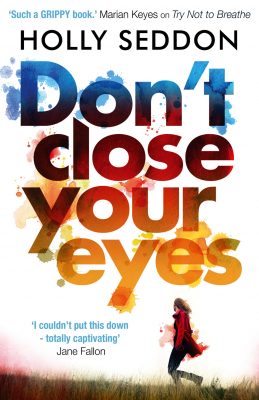 
Robin and Sarah weren’t the closest of twins. They weren’t even that similar. But they loved each other dearly. Until, in the cruellest of domestic twists, they were taken from one another.

Now, in her early 30s, Robin lives alone. Agoraphobic and suffering from panic attacks, she spends her days pacing the rooms of her house. The rest of the time she watches – watches the street, the houses, the neighbours. Until one day, she sees something she shouldn’t…

And Sarah? Sarah got what she wanted – the good-looking man, the beautiful baby, the perfect home. But she’s just been accused of the most terrible thing of all. She can’t be around her new family until she has come to terms with something that happened a long time ago. And to do that, she needs to track down her twin sister.
But Sarah isn’t the only person looking for Robin. As their paths intersect, something dangerous is set in motion, leading Robin and Sarah to fight for much more than their relationship…

Robin drags in the stuffy air with thin breaths, puffs it out quickly. Dust dances in the foot of a sunbeam. Robin tries not to imagine those tiny specks filling her lungs, weighing her down.

Outside, the Manchester pavement is grey and wet but the air has a freshness, a flirtation with spring. Robin won’t feel this. She won’t let the damp tingle her skin. It won’t slowly sink into the cotton of her faded black T-shirt.
A bus rushes past the window, spraying the front of her house and its nearest neighbours with a burst of puddle water temporarily turned into surf. But Robin doesn’t see this. She only hears the gush and the disappointment of the woman whose jeans got ‘fucking soaked‘.

Robin did not go out yesterday and she will not leave her house today. Bar fire or flood, she’ll still be inside tomorrow. Just as she has been inside for these last years. Until a few weeks ago, everything in Robin’s world had been fine and safe. A cosy shell. She spends her days clocking up the recommended ten thousand steps a day on her pedometer, watching television, lifting a metal graveyard of weights and aimlessly searching the internet.
Robin is careful and controlled. She only answers her door by prior appointment. Online groceries arriving outside of designated slots get lumped back to the depot by irritated drivers. Unexpected parcels are unclaimed. There is an election soon, but Robin is not interested in discussing politics with earnest enthusiasts in bad suits shuffling on her doorstep.

Someone is knocking on her door right now. They were polite at first but now they’re building to a crescendo of frustration. Robin stares forward at the television in grim determination, jaw jutting ahead. The screen is filled with bright colours and mild voices. Television for toddlers. The minutes are filled with stories of triumph in simple tasks, of helping friends or learning a cheerful new skill. There is no baddie, there is no guilt or fear. Everyone is happy.
As the knocks grow a little more frantic, Robin deliberately takes a deep breath. She focuses on her chest filling and expanding and the slow seeping of air back out between her teeth. Still she stares doggedly at the screen.

Please note that the book will not be available until late December. 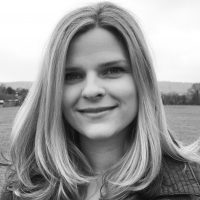 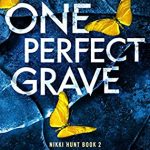