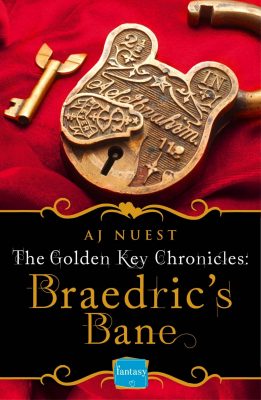 To escape the clutches of the evil Wizard Gaelleod, Rowena and Caedmon flee to the future. With her memories in tact and the help of her dear friends, Rowena is confident they can uncover the clues behind her connection to the key.

Yet Violet’s dire prophecy does more than detail their history. Caedmon’s worst fears are confirmed. Though they must return to his realm, everything he loves stands to be ripped from his grasp.

WARNING spoilers ahead if you haven’t read books 1-3.

This is the fourth and final book in The Golden Key Chronicles, and we pick up exactly where we finished in Caedmon’s curse with Rowena and Caedmon jumping through the mirror back to Rowena’s world.

Back in the present day Rowena and Caedmon are joined by Oliver and his boyfriend Jon. 2 years have passed since Rowena left and much has changed. Rowena and Caedmon seek the help of Rowena’s friend Violet in order to return to Austiere and save the land from the evil clutches of Braedric.

This is a tale of strength, love and stubbornness. Rowena shows great strength and bravery, showing time and time again why she is the perfect partner for Caedmon. She is also stubborn as hell. She will not listen to his pleas for her safety and puts herself at risk right to the very end. I love that she is not a damsel in distress. I love that she is willing to fight for herself, her king and the people of the land no matter what.

Caedmon is of course the brave prince. He is hot, muscular and clever. In the circumstances he copes pretty well in the present day I did enjoy how strange he found the things we take for granted such as a toilet, the radio, even lighting.

I do not want to give too much of the story away but this was the perfect ending to this series. AJ had me gripped through the last couple of chapters. I just couldn’t put the book down.  I wouldn’t change a thing. 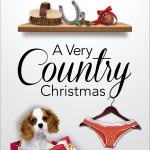