Since the day of her birth, Princess Faedrah Austiere has been defined by her place within the kingdom. As the single heir to the half-blood gypsy king and his prophesied white queen, she is fiercely protected, shuttered inside an ivory castle and well-trained in the art of war. Yet neither her obligations as future queen nor the black infestation threatening her kingdom fail to hinder the mysterious pull of the antique armoire hidden in her parents’ bedchamber. And stealing the golden key for a leap through time is the only way to confront the dark lord haunting her dreams.
One face. The image of one defiant, relentless woman has been stuck in Rhys McEleod’s head ever since he was old enough paint her luscious curves on the canvas. But the day she walks into his life off the street—sexier than hell and itching for a fight—he’s not convinced she’s the same women he’s envisioned since childhood. That is, not until he spots the golden key around her neck—an object he’d never fully shown in any of his paintings.
Now if he could just persuade his lovely muse he’s not the enemy. Unless the elusive Faedrah Austiere learns to trust him, he’ll never have her in his bed—the one place he’s convinced she belongs.

Thank you to Harper Impulse for accepting my request via Netgalley. I had previously read the Golden Key Chronicles and when I saw this on Netgalley I just had to request it.

This book picks up many years after the end of the Golden Key Chronicles. The book focuses on Faedrah Austiere, the daughter of Rowena and Caedmon. Faedrah has spent her life feeling like she doesn’t deserve to be the daughter of such heroes. She feels inferior and that nothing she will do will live up to her parent’s story. This leads to her jumping through the mirror just as her parents did before her. I thought that she was extremely hard on herself and that she deserved every bit of her place in the kingdom.

Rhys McEleod is one hot, tortured artist. He has a bad boy vibe from the moment you meet him. His whole life he’s been tortured by Faedrah’s face, painting her for as long as he could remember he was shocked when he finally met her.

I adored this story. It was exciting to see feel the chemistry sizzling between Faedrah and Rhys before everything exploded. It was really great to see Rowena and Caedmon, and Oliver and Jon again. I enjoyed seeing how their lives panned out.

This book is very well written and the transfer between the past and the present was perfect. I am really looking forward to the rest of the series. 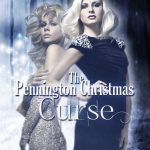