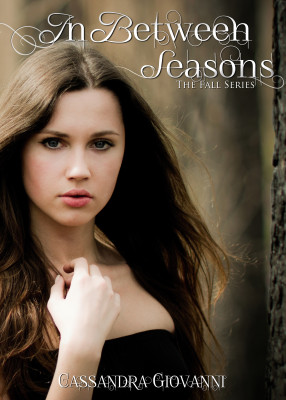 In 2021 the world as we know it changed. The government collapsed, and the worst characteristics of human nature were shown as the world fell into ruins. Years after The Fall, the Tribes that were established are still at war. They still fight to keep what they pillaged, and most of all, they fight to keep their lies a secret. In a world filled with deception, nothing is as it seems.

I was born into this world.

Hunter Marks was molded into this world; a General— a person cold and harsh.A person meant to kill me. We were told to just believe.

We were taught to never question.

We’re supposed to be robots, and accept our roles in this altered society.

Too bad Hunter and I don’t follow the rules.

And we’re a hell of a lot stronger than they ever thought possible.

They’ve been searching for the world’s deadliest weapon.

And I’m not following the leader any more.

At first I found this book hard to read. The first third of the book I didn’t really enjoy. I found it to be quite stiff. I just couldn’t seem to get into the rytham of it. Somewhere between 30 and 40% i started to enjoy this book and found I actually couldn’t put it down. The next thing I knew I was almost 60% of the way trough.

I loved Kate and Hunter. They are very likeable characters and you couldn’t help but want them to survive.

In the beginning it was very difficult to get a grasp on how the world was. I knew it was supposed to be this post apocalyptic world but the details were pretty hazy. The story is told through Kates eyes and as she has been lied to her whole life it was pretty hazy to her too. She knew they were lying to her but she also didn’t know how the world truly was.

I thought this book was more focused on Kate and Hunter and their budding romance than the dystopian aspects.  The scenes between Kate and Hunter are definitely the best parts of the book. I liked the instant attraction that they had to each other. I hated how they had to keep fighting how they felt because of everyone else. I could feel the turmoil this put Kate through.

Kate changes a lot over the course of the book but so does Hunter. Kate brings out this softer side of him which I enjoyed. His tribe have only ever seen his harsh General side but when he’s alone with Kate you get to see this loving sweet man.

Although this book got off to a shaky start, I really enjoyed it.

There was no cliffhanger ending but I think there is a lot more of the world to explore throughout the series.

Friday in Focus with Catherine

Blog Tour Review: The Hostage
Book News: In the Shadow of the Shield Release Day Blitz