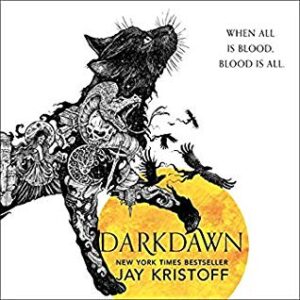 The greatest games in Godsgrave's history have ended with the most audacious murders in the history of the Itreyan Republic.

Mia Corvere, gladiatii, escaped slave, and infamous assassin, is on the run. Pursued by Blades of the Red Church and soldiers of the Luminatii legion, she may never escape the City of Bridges and Bones alive. Her mentor Mercurio is now in the clutches of her enemies. Her own family wishes her dead. And her nemesis, Consul Julius Scaeva, stands but a breath from total dominance over the Republic.

But beneath the city, a dark secret awaits. Together with her lover Ashlinn, brother Jonnen, and a mysterious benefactor returned from beyond the veil of death, she must undertake a perilous journey across the Republic, seeking the final answer to the riddle of her life. Truedark approaches. Night is falling on the Republic for perhaps the final time.

Can Mia survive in a world where even daylight must die?

I finished Godsgrave in May this year. Oh man, I was furious with Jay when I finished it. I wanted to throw a tantrum for that cliffhanger ending. So quite clearly I was counting down the days until I could read Darkdawn.

If you are reading this then you are most likely familiar with Jay’s writing. You will know that Jay loves to push the boundaries. He loves to do things that no one else does. He’s also not afraid to hurt you as the reader.

So now I have set the scene for this final chapter I’m going to tell you what I think of it. I loved it! It was everything I hoped for and so much more. I had equal amounts of hate and gratitude for Jay. There were times when I wanted to throttle him and times when I just wanted to scream thank you from the roof of my house.

This is one of the most unique series. The main character is, in her own words, a vengeful, selfish bitch. She’s not a hero. She’s not out to save the world. She’s just out for revenge and yet I still love her. Jay has a way of making you root for Mia despite everything she is not.

There are so many things I loved about this book that I can’t mention because I am so anti spoilers. I would kill anyone that spoiled this book for me and I refuse to be that person. What I will say is you won’t regret reading this series.

With this book, I sped through the first half and then I realised this is the end like there’s no more coming and I slowed down. I had a classic bookworm problem. I wanted to know how the book ended but I didn’t want it to end.

I know that I will listen to this story again. I feel like this story will become a comfort to me and one I will turn to when I’ve had a bad day and need something to lift my spirits. 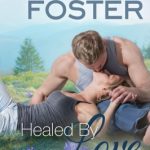