From the New York Times and internationally bestselling authors of The Illuminae Files comes a new science fiction epic...
It's 2380 and the graduating students of Aurora Academy are being assigned their first missions. Tyler Jones has been a star pupil who hopes to recruit the squad of his dreams but ends up with a mixed and volatile crew.
And Ty's squad isn't even his biggest problem – that'd be Aurora Jie-Lin O'Malley, the girl he's just rescued from interdimensional space. Trapped in cryo-sleep for two centuries, Auri is a girl out of time and out of her depth. But she could be the catalyst that starts a war millions of years in the making, and Tyler's squad of losers, discipline-cases and misfits might just be the last hope for the entire galaxy.
Vividly told in the seven voices of the team members, this is fast-paced, action-packed, wickedly humorous and fabulously entertaining. Described by one online fan as 'a mystery with tons of action. A kind of thriller on steroids with a fantasy feel.'

I read the hardback edition of this book last year and I’ve been dying for the audiobook ever since. With the second book coming out I grabbed myself a copy of the audiobook and had a little re-read.

I won’t go too much into the story on this review because I did that on my review last year when I read the Illumicrate Hardback edition. I really want to focus on the audio in this review. The first Audiobook I really enjoyed was the Illuminae series. If you don’t know that series is also written by these to fabulous authors. The main reason I loved it was the full cast. It made me realise how amazing audiobooks are. I have since become a real convert! So when this book was released and the audio wasn’t available in the UK I was beyond gutted. I obviously still read the book because well I knew it was going to be amazing but I still held out hope searching day after day for the audio and then come January this year my prayers were answered!

This book uses a lot of the same cast as Illuminae. I loved a lot of these voices and I have since listened to some books by these narrators just because they were the narrator. I love the voices of Steve West, Lincoln Hoppe, Erin Spencer and Jonathan McClain! If you see a book narrated by any of these then just grab it. You won’t be disappointed. The new narrators were also well suited to their characters. I don’t know who chooses which narrator is for which character but man they did a fantastic job here!

A full cast really brings the book alive and if you aren’t sure about audiobooks then I would really recommend this as a way to ease you in. It definitely worked for me! 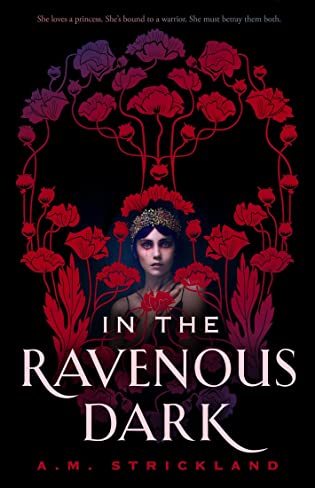