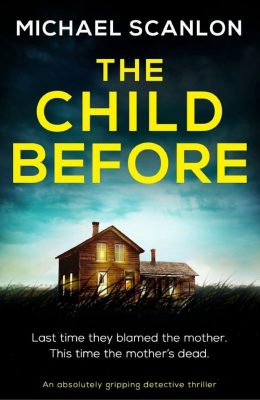 She began to sing, the girl. Her voice was soft, so soft it was almost of the wind. It was a lullaby. She cradled her arms, rocking them gently back and forth. As if she was holding a baby. But she was not. Her arms were empty.

On a cold morning, a cyclist finds the brutally-slaughtered body of a woman in her car, on a remote lane leading to the long-abandoned Irish village of Kelly’s Forge.

But when Detective Finnegan Beck arrives from the nearby town of Cross Beg to investigate he notices there’s a baby’s seat in the back of the car. A bottle of baby’s milk lying in the footwell. And no child.

Little Róisín isn’t the first child to go missing from that same remote location though. There was another baby girl, taken more than fifty years before, who was never found. Has too much time passed for there to be a connection, or does something – or someone – link these two crimes?

Beck claims he does not want to stay in Cross Beg. His heart is back in Dublin, with the woman he loves. But, knowing that a child’s life depends on him changes things. He knows he has to find the missing baby girl. Because if he doesn’t, he fears there’s a chance everyone will give up the baby for dead, just like they did before…

Thank you to bookouture for my copy of this book via Netgalley and for letting me take part in this tour. I really enjoyed the first book in this series so I knew I had to read this book. This can be read as a standalone like most detective series but you will get more from the surrounding story if you read the first book.

Detective Beck is back and this time he is investigating the death of a young girl and a missing baby girl. Beck is still dealing with a lot of ghosts but since the last book, he is trying to overcome them. I really like Detective Beck. He is smart, instinctive and determined.

Alongside Beck, we have Claire Sommers. Claire is another character that I like. She has a lot of potential and I think she will go far. I can’t wait to see her develop.

Michael does an excellent job of weaving this story. I did not guess who the killer was at any point before it was revealed. There were lots of threads to the story that slowly came together I like Michael’s writing style and the pace was good. There is a good amount of action and tension in this story.

This story was gripping and addictive and I can’t wait to return to this series again. 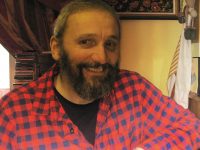 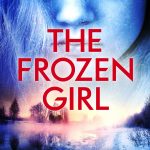 One response to “Blog Tour Review: The Child Before”