Kissing under the Mistletoe by Nicola Yeager

Mistletoe is one of those things that everyone knows about, isn’t it.  It’s been hanging around for as long as I can remember at merry Christmas yuletide time (Did you see what I did there? Using the word’ hanging’, I mean? Because you hang mistletoe? Yes? Oh, forget it.), and you’re meant to kiss people under it. Sometimes you don’t mind kissing people under it, but there have been times (and I’m sure this is true of everyone reading this: it’s certainly true of me), where you stay away from it or avoid parties because you don’t want to kiss certain people. I mean, Christmas or not, you have to have standards, even if you’ve been drinking heavily and have forgotten what your own name is and have lost one of your shoes.

Churches are pretty safe places to avoid it. You might see holly in churches at Xmas, but you won’t see mistletoe as much. Why? Because mistletoe has connotations of being (deep breath) pagan, and, as such, modern religions aren’t too keen on it. Pagan means basically ‘any religion that came before our nice new one’, in case you were wondering.

Interest in mistletoe goes back a long way. Celts and Druids thought very highly of it indeed, particularly when it grew on an oak tree (a tree Zeus was very fond of, allegedly). In one of their special celebrations, a white-clad druid would climb up an oak tree, cut the mistletoe down with a golden sickle and then slaughter two bulls, like you do (I’m slaughtering a couple as we speak). Mistletoe cut in this way was, among other things, meant to help women to conceive (but they had to carry it around with them, which was a bit tedious. Maybe they could hang it up instead!). Ah. Hold on there. That’s the first connection to our modern use of it. Everyone knows that kissing leads to pregnancy, particularly at office Xmas parties. Is the kissing all that’s left of something much raunchier?

In some parts of Japan, barren women are encouraged to eat it. Is that OK? Is it poisonous? I think it’s poisonous. Don’t eat any, girls. But we’re certainly getting a connection with female fertility here. And I think you damn well know where that comes from, madam. You do, don’t you. Stop denying it. Have you ever squashed a mistletoe berry in between your fingers and noticed the similarity between the white, sticky fluid and (wait for it) a gentleman’s reproductive seed? Of course you have. Or is it just me?

And yes: druids thought that the mistletoe berry fluid was the (ahem) sperm of the gods. Actually, Sperm of the Gods would be a good name for a heavy metal band. No?  Anyway, the druids well knew what the stuff inside the mistletoe berry reminded them of, the mucky buggers. As a result of this, it was thought of as being an aphrodisiac and a fertility herb (please don’t try this at home) and played a big part in pagan orgies (or drunken, multiple partner shag-fests, as they’d be know today) and ‘marriage ceremonies’. It also turns out that the Greek festival of Saturnalia featured mistletoe quite strongly. Yes, it’s a shagging plant, a bonking plant, there’s no getting away from it, and all we have left of that today is a peck on the cheek from your drunk uncle.

And finally, each time you kiss someone under a bunch of mistletoe, you’re meant to throw one of the berries away, and when there are none left, you can’t kiss under it any more. We seem to have forgotten about that bit, don’t we? I’m just going to find my other shoe. 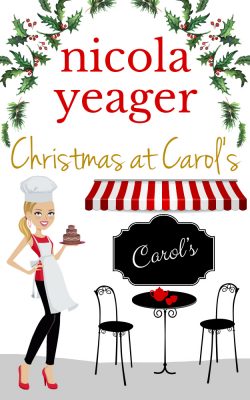 Carol Gabriel hates Christmas. Not just a little bit, but quite a damn lot.

She can’t even stand having a boyfriend over the Christmas period and habitually dumps them just before the season begins.

Even the restaurant she co-owns, a French bistro called Carol’s, doesn’t do a Christmas menu and it doesn’t do Christmas decoration, either.

But then she gets some bad news; the bistro is failing.

There’s too much local competition, they don’t have enough customers and there’s a risk that the business may have to sold.

For the sake of the restaurant, her glamorous business partner Roksana and all its much-loved employees, Carol takes on her mother’s advice and creates a Christmas menu for the first time.

She may even tart the place up with some decorations.

But it’s an uphill struggle. There’s a reason Carol doesn’t like Christmas and it’s one that she keeps to herself…

As time is running out Carol wonders if she’s left it too late.

Will her fabulous and charming employees be able to boost the restaurant's popularity?

Will there be Christmas at Carol’s?

Roksana can spot new jewellery from a hundred yards away. She’s covered in it herself when she isn’t cooking. In fact, she has a small plastic bucket in the kitchen where all her rings, bangles and necklaces go when she’s actually in the act of culinary creation. As soon as she’s finished, they all go back on.

As I walk into the bistro, the last of the lunchtime diners is leaving and Roksana is clipping today’s big hoops back onto her ears. She’s strikingly beautiful with the most gorgeous emerald green eyes you’ve ever seen, long, shiny black hair and an excessively curvy, busty figure that looks like it belongs on one of the more tasteful glamour sites.

In fact – and I’m sure she won’t mind me telling you this – while she was training as a chef, and a little bit before that, and a little bit after it, she actually had her own glamour site where you’d get charged some exorbitant amount of money for a membership which allowed you access to a bewildering amount of topless and semi-clothed glamour shots of Roksana in various exotic locations (the beach, posh hotel bedrooms, offices, hospital wards, deconsecrated churches – well, you get the idea) and even videos of discreet, soft-focus showering sessions and ‘naked shadows’ for the Executive Members. You haven’t heard of naked shadows? Where have you been?

She didn’t use her own name for this, obviously. She was called Justyna Tomaski. Don’t bother looking for it. Once she finished college and started to make decent money, she took the site down and Justyna was ‘retired’. She’d only been running it to pay for clothes and other luxuries while she was a student and once she was working she really didn’t need it anymore.

I have a secret theory, though. I think part of it was that Roksana is just a teeny bit narcissistic. She’s always – always – looking at her reflection in mirrors and shop windows. Any reflective surface, in fact. I’m not saying it’s a bad thing and she’s a really lovely person – it’s just something I’ve noticed. She likes being admired for her looks and she likes admiring herself, hence Justyna Tomaski. I suspect she probably spent more time looking at her glamour shots than the Executive Members did.

Actually, she probably will mind me telling you this. Please don’t tell her I mentioned it. And don’t tell her parents, while you’re at it. They’d kill her, she told me.

She walks right up to me and takes the interwoven gold circles at the end of the pendant into her hand.

‘It’s so lovely! Look at that, look at that. Is that real gold? I think it is. Is that rose gold there? How much did this cost?’

‘I don’t know. Probably a couple of hundred pounds.’

‘Who gave you this? Did you buy it? You wouldn’t buy this for yourself. Who bought you this?’

‘It was Ellis. It was an early Christmas gift.’

‘Early Christmas gift! Lovely! So did you dump him before he gave you this or afterwards?’

‘Excellent. And he probably thought that this would magically make things OK? Huh! So. Christmas approaching, Carol dumps her boyfriend. Good. I wouldn’t want you to change the habit of a lifetime, my love. It would spoil my image of you as a callous, heartless, mean, mega-bitch.’

‘I certainly wouldn’t want that.’

‘No. And what were his plans for Christmas? Meeting his family? A weekend away in Paris? A suite in The Ritz Hotel?’

‘Walking in The Peak District.’

‘A true romantic. And you let him go. Honestly, Carol, when you are old and dead and your face is being eaten by your cats you will regret letting this one slip through your fingers.’ She pokes herself in the chest. ‘I will have him. I will be his woman in a way that you never could. Give me his telephone number. When you are lying in your lonely bed you will imagine us together in the throes of uninhibited passion and your tears will flow like an endless river of liquid misery.’

‘And I thought I had nothing to look forward to.’

‘What did his face go like when you told him?’

Nicola Yeager is a writer and book reviewer. After several years working as a journalist for a variety of publications, she started writing novellas. Her first in the chick lit genre, Christmas Without Holly (also titled The Spa Day), was a critical success and an Amazon best seller. She followed this up with Picture Imperfect, which continued the gritty, witty, first person style of her debut and was also a best seller. After two novellas, she produced two full length novels ‘Summer Loving’ and ‘Miss Match’.

‘The Spa Day’ (Christmas Without Holly), ‘Picture Imperfect’ and ‘Summer Loving’ are now available as one eBook under the title ‘Affairs of the Heart’.

Her latest novel ‘Christmas at Carol’s’ has just been published by Endeavour Press.

Although born in Lincoln, she has lived in London for almost eleven years and lives with her husband and two small children. Her hobbies include swimming and slimming!! 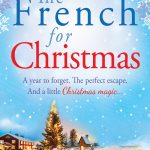 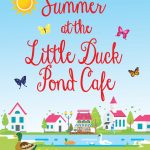