Poppy Davies has a once-in-a-lifetime chance to be a baker for the upcoming royal wedding. But falling in love with the Prince of Wales? Ha! Not unless her middle name is Cinderella.
Or so she thinks …
Welsh baker Poppy Davies is happily living her best life in London. Passionate about her work, there is nothing more she could possibly want-except to land the coveted job of baking the official biscuits for the upcoming royal wedding for Prince Christian, second in line to the throne. It’s an assignment that could change the entire trajectory of her professional career.
But what about her personal life?
An accidental meeting with Prince Alexander of Wales, the future king, changes everything. Poppy won’t deny the sexy, dark-haired prince is madly attractive, but his reputation as a playboy—and the fact that she’s the least likely woman he’d ever be interested in—puts this in the TV movie category, not real life.
Yet Poppy can’t deny the spark between herself and Xander. As their relationship grows, so does the looming realities of a royal romance in the public eye. Can a baker be accepted as the girlfriend of the heir to the throne—and can she keep true to herself in the role? And will Xander come to believe that he truly is a man worthy of the sacrifice a romance with him requires?
Royal Icing is the third book in the feel-good Modern Royals romantic comedy series but can be read as a standalone. If you like smart heroines, swoon-worthy princes, and laugh-out-loud humor, then you’ll love this heartwarming novel.

If you follow me then you know that I am a HUGE fan of Aven’s writing. So when Aven asked if I would beta read this book I was super excited. I loved the first two books in this series and I’ve been waiting for Xander’s story for what feels like forever! Of course, Prince Xander couldn’t just have any girl he needed the right girl and that girl is Poppy!

If you have read the first 2 books then you would have met Xander. A cheeky playboy who’s got a reputation. But in this book, we get to know the real Xander. The one who puts those he loves above everything. The one who has the responsibility of being the future King! Oh, Xander! I fell for Xander very early on in this book. He is so much more than the playboy the papers make him out to be.

Aven’s writing always manages to capture my heart. I get drawn into not only the characters but the locations, the fashion, the whole world. Aven does such detailed research and it comes across in the book. Even down to the little things.

I love, love, love the squad. They are there for each other through everything. They only want each other to be happy. It’s such a rare thing that it’s something we all covet. I love their banter and their witty comebacks all said with love.

This is a perfect love story. It’s filled with ups and downs. Laughter and tears. If you need a real pick me up then grab this book now!

Review: Between A Rockstar and a Hard Place
A Month of Bookouture – Week 3 Wrap Up 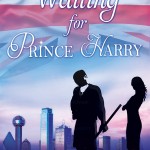 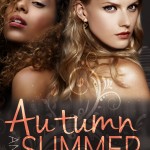