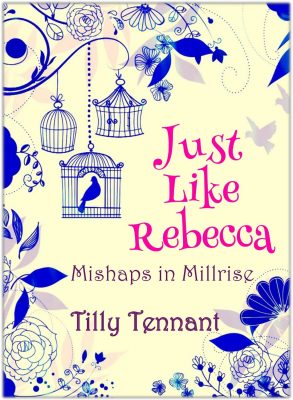 Phoebe’s new role at work is keeping her busier than ever. Just as she’s finding her feet, however, new boss, Dixon, lands a bombshell: Hendry’s toy store is in dire financial straits and it’s up to him and Phoebe to save it. This isn’t exactly what she signed up for and she’s going to need all the help she can get. So it’s a pity that the only help she has comes in the form of Midnight, her purple-haired colleague who wouldn’t know an employee rule-book if it slapped her in the face…

At home, Jack’s brother, Archie, and their mum, Carol, seem determined to make Phoebe’s life hell, however hard she tries. And now Jack seems to have a new rival too: Adam Hendry, slick heir to the Hendry’s empire, who is making it very clear he’d like to involve Phoebe in a hostile takeover. Just how far will he go to get what he wants?

Thank you to JB for letting me take part in this tour. I adored Mishaps and Mistletoe as well as Little Acts of Love so I was very excited to continue Jack and Phoebe’s story

This book picks up right after Little Acts of Love. Phoebe is just settling into her new job when she finds out that the store could be in danger of going bust and that she’s been taken on to help think of new ideas to bring in money. I absolutely loved her idea and the event sounded amazing.

In her personal life things are going great with Jack and they decide it’s time to meet the parents. I’ve recently done the meet the parents thing and thankful t went well but sometimes it can be extremely awkward much like Jack and Phoebe’s experiences. I found these scenes really enjoyable and relatable.

I found Archie so annoying I just wanted to tell the kid to grow up and sort his life out.

Tilly’s makes the characters so relatable that you can’t help but fall in love with them. This was an excellent continuation of the series and I can’t wait to see how it ends. 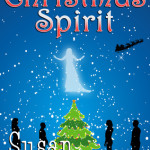 One response to “Blog Tour Review: Just Like Rebecca”