“They’ve been waiting lifetimes for you, Kaelia. They want you and will stop at nothing to have you.”

The warning’s rung in Kaelia’s ears since she discovered she’s far from the ordinary girl who grew up in the coastal town of Margate. She has power. The first time she shows it, death strikes, the second, she loses someone special, and on the third, her mother disappears.

Destiny is coming for Kaelia and there’s nowhere she can hide. THEY have stepped out of the shadows to find her. For generations, there have been whispers of The Chosen One. They speak of a name – Marrock – whose destiny entwines with that of The Chosen One.

Kaelia must avenge the wrongs, uncover who Marrock is, find her mother, and . . . FIGHT. Facing forces of depraved evil, magic, and myth, Kaelia’s search leads her through magical forests and unearthly realms. Who, or what, can Kaelia trust? Is she strong enough to survive the horror? All she knows is her life will never be the same again . . .

Published by Self Published on 4th March 2015
• Goodreads •

Losing those she loves and learning she’s The Chosen One catapulted Kaelia’s life into the fast lane. Having battled Dybbuk demons, discovered an unexpected ally in the form of a Vallesm, and ventured through Niflheim, her adventure is far from over.

Determined to fulfil her destiny as the one who will destroy The Salloki, Kaelia still has many obstacles to overcome. As secrets rise to the surface and Kaelia’s powers continue to evolve, she is not the only one fighting a battle…

Can Calix find a Rosealrium bloom in time to stop Cadence’s transformation? What exactly is the truth behind Bran’s connection to the goddess Hel? And will Kaelia finally uncover what happened to her mother?

One thing is certain, Kaelia is not the only one who is evolving . . . 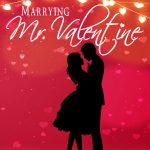