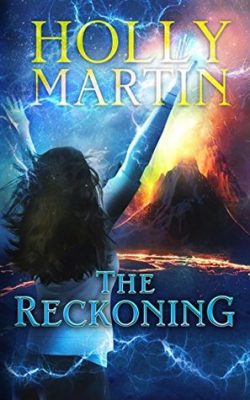 The clock is ticking…
As The Sentinel, Eve knows she was created with a sole purpose in mind – to save the world from complete destruction. Over the past twelve months, she has trained to fulfill this prophecy. As Eve has grown stronger in her powers, so have the dangers around her. With threats coming from all sides, Eve has shown the ultimate resilience in survival, to live for this moment she was destined for.

Now that moment is almost upon her

But according to Eve’s prophecy, she must find a way to work with her brother, Adam to ensure the world is saved.

As the end of days rapidly approach, Eve is threatened at every turn. Even those closest to her are plotting against her including some of her most trusted Guardians and friends.

But one constant has been her husband, Seth. Eve dreams of getting through this final battle to live a life that is normal where she and Seth and their friends and family will be free of danger.

But can she save the world and save herself? Or will her destiny be to save everyone else, and lose her life as a result, never knowing what it is like to live in peace with the one man she loves.

Will she even survive long enough to fulfill her destiny? Who can she really trust? And how will she find a way to work with her brother who hates her so much? What will she have to sacrifice to ensure that relationship?

Time will reveal all to Eve. But time is running out…

Thank you to Holly for my copy of this book. I also have to apologise as it took me almost a year to find the time to read it and that is a big regret of mine. I love this series and when I finished I thought wow I should have read this sooner.

I won’t say too much about the story except that it was full of twists and turns. Holly kept throwing stuff at you that you didn’t expect. It made for a very tense but also exciting read.

This was one of the first books in a while that I actually stayed up way into the night reading. I just had to keep reading it was like a compulsion I could not put it down.

Holly is a fantastic writer and this book is as good as, if not better, than the big YA series like Hunger Games or Divergent. This is one of those series that you want to scream to all your friends that they HAVE to read.

I really hope Holly writes more fantasy books. I think I love them more than her romance stuff which says a lot as I adore her romance books.