For Tamsin Angel, Christmas is always the biggest and best… chic parties and a little showbiz sparkle are a must. This year though, things aren’t going quite as planned…

With bailiffs suddenly at the door and her husband nowhere to be found, it looks like Christmas just got downsized. Moving into her sister’s one-bedroom flat, she wonders whether things will ever be the same again.

After losing her husband on Christmas Eve, Sam Angel has rebuilt her life around her son Jacob and her new business – The White Angel Bakery. She’s also found herself a very handsome, loving boyfriend, but is struggling to let go of the past.

Thrown together with a sprinkle of Christmas magic, Sam and Tamsin might just learn a little more about each other – and themselves. But when disaster strikes at the bakery, will they be able to save the day in time for Christmas?

Thank you To Bookouture for accepting my request to review this book via Netgalley. I had previously read a short story by Sue Watson which I really enjoyed so I was excited to read this one.

The story follows 2 sisters Tasmin and Sam Angel. These sisters have very different lives. Tasmin lives a life of luxury while Sam puts any money she makes back into her little bakery just keeping enough for her and her son to live. But when Tasmin’s life falls apart Sam is the one to help pick up the pieces.

I don’t have a sister  but the relationship between these two made me want one. The bond that these two had was so strong and special. They go through so much and as different as they are they need each other.

This book will leave you full of Christmas spirit. I have a few of Sue’s Christmas books on my TBR pile and I can’t wait to get to them. 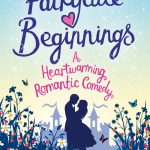